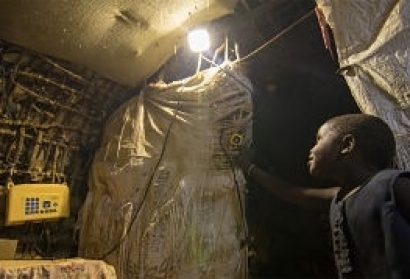 Being named as one of the UK’s top-performing private companies comes hot on the heels of Azuri’s announced investment of $26 million, led by Fortune 500 company Marubeni with additional participation from existing shareholders, including FTSE 250 company IP Group plc.

Since launching in 2012, Azuri has been a leading provider of pay-as-you-go solar power lighting and TV systems, operating in Kenya, Tanzania, Uganda, Zambia and Nigeria. To date, the company has sold over 150,000 systems and the capital injection will enable Azuri to expand operations in current territories and beyond. From solar home lighting to satellite TV, Azuri-designed solutions deliver world-class performance at an affordable price to off-grid customers across Africa. The company’s vision is to create a level playing field where all African consumers can access and benefit from the digital economy, wherever they live.

Inclusion in the Tech Track 100 continues the award wins for Azuri during the last 12 months, including being named in the CleanTech 100, the FT1000 list of the fastest growing companies in Europe, and the Financial Innovation Awards for innovative clean tech solutions. The company is one of only four Cambridge-based companies to be listed in the Tech Track 100 league table.