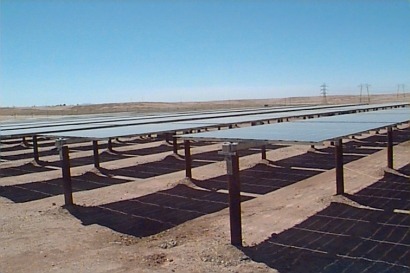 The project will become East Africa’s first utility-scale solar plant and will increase Rwanda’s power generation capacity by around 8 percent. This will in turn contribute significantly towards the government’s objective to increase the country’s electric generation capacity fivefold by 2017.

The plant will be located 60 kilometres from the Rwandan capital of Kigali on land belonging to the Agahozo-Shalom Youth Village (ASYV), a residential and educational community for youth orphaned during and after the genocide of 1994. Annual electricity generation is estimated at 16 million kWh fed into the national grid under a 25-year power purchase agreement with the Rwanda Energy, Water and Sanitation Authority (EWSA). Construction of the plant will start immediately and commercial operation is expected in summer 2014.

Capital investment for the project will be provided through the Dutch Development Bank FMO, the Emerging Africa Infrastructure Fund and Norfund. All three institutions have long experience of investment in developing countries including Rwanda.

Scatec Solar and Norfund will be the majority owners of the solar park with the project developer, Gigawatt Global, maintaining a 20 percent share.

“At the end of last year, we grid connected the first utility scale solar park in Southern Africa” said Raymond Carlsen, CEO of Scatec Solar “Our objective has been to bring the experience gained in South Africa to other African nations, and we are pleased to team up with Norfund, FMO and EAIF and introduce large scale solar energy to Eastern Africa. The PPA with EWSA was signed in July 2013 and the PV plant will be operational by July 2014, so through this project we will demonstrate that with the combined efforts of experienced partners and national authorities, solar energy is fast and cost effective to build.”

The Rwandan Government has introduced an aggressive plan to boost the nation’s capacity with an objective of 50 percent of the population to have access to electricity by 2017 and the installed generation capacity raised to 560MW, up from 110MW in 2013. The new solar PV plant will add significantly to this target and will also help to lower the overall cost of electricity in the country, which at present relies mostly on diesel generation.

“In terms of fast execution this project is remarkable, as we rarely see energy projects coming into the construction phase so fast” added Linda Broekhuizen, CIO of FMO

According to Norfund CEO Kjell Roland, the fund has acted to increase its investments in renewable energy in sub-Saharan Africa as well as broadening its portfolio to include more solar power. ASYV is leasing some of its land to assist with the project, the fees for which will help to meet some of its charitable costs.