Monday, 11 January 2021
0
Robin Whitlock
The US Solar Energy Industries Association (SEIA) has released a statement in response to the publication, last week, of a story in the New York Times claiming that some of the world's largest solar energy companies, working with the Chinese government, use workers from the Chinese solar industry who have been red-flagged as victims of forced labour. 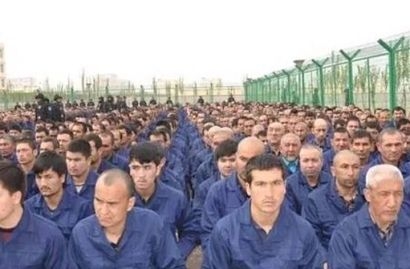 The New York Times isn't the only publication that has published such claims. Michael Copley authored a similar story published on the SP Global website which went into great detail on this subject and is more accessible, given that the NYT article is covered by a paywall.

It seems that the problem area is China's autonomous Xinjiang region, upon which the global solar industry is increasingly dependent for supplies of critical raw material. This in turn presents severe risks to a large number of solar companies as the US government confronts China over human rights abuses committed in that region.

According to Johannes Bernreuter of Bernreuter Research, in 2019 about one-third of the polysilicon required by the solar industry came from Xinjiang, with China in its entirety providing about 80 percent of total global capacity. As polysilicon producers move to boost production in Xinjiang, the region will become even more important to solar energy companies in the future, according to former industry analyst Richard Winegarner.

However, a US government report indicates that Xinjiang is where rampant abuse of Uighurs and other Muslim minorities has been committed. This has provoked the US government into considering a ban on goods produced "wholly or in part" in that region, unless producers could prove they do not use forced labour.

But these claims have provoked strong denials by the Chinese government in Beijing.

In response SEIA is now advising its suppliers to move out of Xinjiang or to take firm ensure that their supply chains do not utilise forced labour.

“The latest reports from the New York Times story are deeply troubling" said Abigail Ross Hopper, president and CEO of the Solar Energy Industries Association (SEIA). "This is the first allegation we’ve seen directly linking the solar industry to abhorrent forced labor practices, and we take these claims very seriously. We’ve said it before and will say it again: we are disgusted by these practices, and forced labor has no place in the solar industry. These claims are a direct contrast to our values and how we strive to operate as an industry. We expect our companies to hold themselves to the highest standards possible when it comes to the environment and health and safety of their workers, and many embrace strict operating standards. Since the fall, we’ve been proactively telling all solar companies operating in the Xinjiang region to immediately move their supply chains. We’d like to reiterate this call to action and ask all solar companies to immediately leave the Xinjiang region".

Ms Ross Hopper added that last month SEIA launched a proactive effort to ensure the solar supply chain does not include forced labour practices, including the creation of traceability protocols for products in the solar supply chain and a comprehensive update to the Solar Commitment, which defines expectations for how solar companies should operate throughout the value chain.

“The solar industry continues to be one of the fastest growing industries in America and employs over 250,000 Americans" Ms Ross Hopper said. "We are committed to ethical operations and will do everything in our power to ensure we can all be proud of this industry’s efforts to combat climate change and lead our economic recovery.”