Monday, 16 January 2017
0
Robin Whitlock
The Solar Trade Association (STA) has called on the UK Government to remove all barriers to deployment of energy storage following recent reductions in costs associated with storage technology. 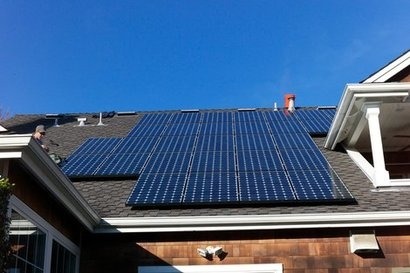 The STA was responding to Ofgem’s call for evidence on A Smart, Flexible Energy System which closed on Thursday 12th January. Recent cost reductions for storage technologies, particularly lithium-ion batteries, are now ready to deliver smarter alternatives for a clean energy system, in turn saving money for the consumer.

Research conducted by independent analysts Aurora Energy Research, commissioned by the STA, has shown that batteries work particularly well with variable generation, such as solar. The research, published last year, showed that a high deployment of solar in our future energy system would come with only modest integration costs associated with its variable output. However, the addition of storage removes this cost and in its place delivers a net economic benefit. By enabling the provision of cheap, clean, energy for longer periods of the day there would be downward pressure on prices for the consumer, and reduce the need for other more expensive forms of generation.

In the call for evidence, Ofgem and BEIS identified a number of barriers to storage deployment, many of which the STA highlighted in their recent report Solar + Storage = Opportunities. Of particular importance is the lack of a regulatory definition for storage, leading to problems in treatment under current market rules such as double charging on energy consumption levies. The STA is also calling for stronger standards to support consumer confidence at the domestic level. It is essential that there are minimum standards to ensure storage systems are installed with good components and in a way that is safe and effective. The STA welcomed BEIS and Ofgem’s leadership on barrier removal, stressing that action must be taken as a matter of urgency.

The STA, however, also highlighted other steps that must be taken if the full benefits of storage are to be realised. Importantly, Ofgem’s current review of the charges paid for use of the distribution network is dampening the price signals that storage developers depend upon to profitably shift energy during times of high demand. This will reduce the business case for providers of new flexible solutions such as storage, to the benefit of large, centralised generators. This is in direct conflict with the smart energy transition. This clear contradiction was barely mentioned in the call for evidence, and the STA has urged BEIS and Ofgem to intervene. The STA also does not believe that distribution network operators are sufficiently incentivised to purchase storage and other flexible solutions when balancing or reinforcing their networks.

“Solar power has turned the grid on its head, it provides unique opportunities for energy consumers of all types to take control of their bills and produce their own energy, sitting at the heart of a smart, flexible energy system” said Leonie Greene, STA Head of External Affairs. “Storage has a multiplier effect for renewable energy: whether it’s helping a homeowner get the most efficient use of their solar panels, or a solar farm match its output with demand, storage will benefit the whole system.”

Nick Wood, STA Policy Analyst, added that although the Ofgem call for evidence is an exciting step in the right direction, the STA does not believe network operators are sufficiently empowered to take up the ‘system operator’ roles envisioned in the document, and that the day to day experience of STA members on the networks can be frustrating. The industry needs more open markets for flexibility services at distribution level, stronger buy-in from network operators and stronger direction from government in implementing these. Only then will the country start to see the benefits of a smart system that the industry is ready to deliver.

The Government has signalled its intent, with this call for evidence, to revolutionise the network. The National Infrastructure Commission predicts that a flexible, smart network could deliver consumer benefits to the tune of £8bn a year by 2030. If the Government is going to hit their targets, and deliver these consumer benefits, it is essential that they swiftly overcome the barriers to greater amounts of storage.

STA response to call for evidence