Friday, 03 August 2018
0
Dan McCue
The inauguration of WElink Energy’s solar plant located in Ourique, southern Portugal, was held on Thursday 26th July 2018. The plant, which began construction in July 2017 and has been in operation since June, is the first plant on the Iberian Peninsula, and one of the largest in Europe, to develop without public subsidies. 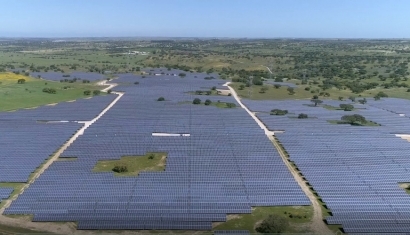 The plant has 142,000 photovoltaic panels and produces 46 MW of power (enough to supply approximately 23,000 homes). The project was developed by WElink Energy and its strategic partner, the Chinese company, China Triumph International Engineering (CTIEC).

Solaer Group processed all the permits and licenses of the project and has collaborated in the construction.

The renewable energy generated by the plant will be sold to the wholesale electricity market through a Representation Agreement with Holaluz, the green energy technology company operating in Spain and Portugal.

"The launch of Ourique sends a clear message that photovoltaic solar energy is already a mature technology that moves us towards a new era without dependence on subsidies or aid. We decided to invest in Portugal due to the clear commitment of the Portuguese Government in the achievement of ambitious low carbon targets and their contribution to the agenda of the European Commission," said Barry O'Neill, CEO of WElink Group.

CTIEC's investment in the project is close to €40 million ($46 million) according to a press release on the Holaluz website.

The plant, in Portuguese territory but only 80 kilometers from Spain, operates free of the Tax on the Value of Electric Power (IVPEE) which has been applicable in Spain since 2012. This tax is levied at 7 percent on any type of electricity generation.

Holaluz, representing more than 400 independent renewable energy producers distributed throughout the Peninsula, played an essential role in this project and in the market strategy of WElink Energy.