Tuesday, 10 July 2018
0
Robin Whitlock
Researchers at the University of British Columbia (UBC) have developed a solar cell that uses bacteria to convert light to energy, generating electricity efficiently even in dimmed light conditions. 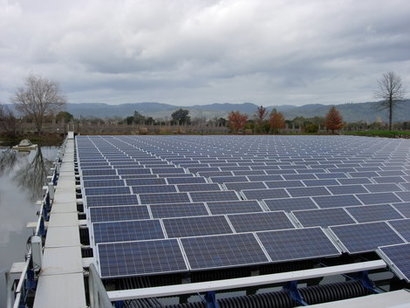 The new solar cell could help northern regions, such as British Columbia and some parts of northern Europe, to embrace wider adoption of solar energy. These ‘biogenic’ solar cells could become just as efficient as synthetic cells used in conventional solar panels, with further development that is.

“Our solution to a uniquely B.C. problem is a significant step toward making solar energy more economical” said Vikramaditya Yadav, lead researcher on the project and a professor in UBC’s department of chemical and biological engineering. “These hybrid materials that we are developing can be manufactured economically and sustainably, and, with sufficient optimisation, could perform at comparable efficiencies as conventional solar cells.”

Previous attempts to develop biogenic solar cells have focused on the extraction of a natural dye that bacteria use for photosynthesis. However, this is a costly and complex process that involves the use of toxic solvents and which can also cause the dye to degrade. The UBC researchers have instead chosen to use the bacteria directly, genetically engineering e.coli to produce lycopene, a substance that produces the red-orange colour in tomatoes and which is particularly effective at harvesting light for energy conversion. The researchers coated the bacteria with a mineral that could potentially be used as a semi-conductor. The mixture was then applied to a glass surface, which then acts as an anode. The solar cell subsequently generated a current density of 0.686 milliamps per square centimetre - an improvement on the 0.362 achieved by others in the field.

The researchers are hoping they can find a way in which the dye can be produced indefinitely, without killing the bacteria. The research has been published in the most recent edition of the journal Small.