Monday, 02 December 2013
0
Richard Crume
Every day between 8 and 9 million people shop at Lawson stores in Japan. Lawson, Inc., operates 11,226 conbini (convenience stores) across Japan, where customers can find a variety of groceries, household goods, magazines, and train and bus tickets, all packed into a small space. In large cities, there seems to be a Lawson conbini (also spelled konbini) on just about every street corner. 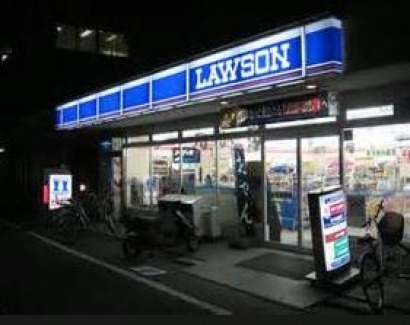 As part of its ongoing commitment to energy efficiency and environmental stewardship, Lawson has begun experimenting with a new source for summertime cooling—snow! The Japan Times reports that a new Lawson store located in Yurihonjou, Akita Prefecture, will be the first conbini to collect wintertime snow to be used during the summer for air conditioning.

This innovative cooling system works by storing snow over the winter in a 100 cubic meter container that is so well insulated that electrical cooling is not needed to keep the snow from melting. (The chilly northern Japan climate also helps.)

During the hot summer months, water is chilled for air conditioning by pumping the water through pipes in the snow. The store also features solar panels, LED lighting, insulated windows, a geothermal heat pump, and solar thermal collectors for radiant floor heating. Lawson expect the store to use just half as much energy as other stores.

Energy conservation in Japan is especially important now that the nuclear power industry has been idled in the wake of the great March 11, 2011, earthquake and tsunami and subsequent Fukushima Daiichi nuclear plant meltdown. Lawson has already taken steps to reduce energy use at its other stores, but this is the first time they have tried snow collection.

Electricity use accounts for 85% of total annual carbon dioxide emissions at Lawson. To improve energy efficiency and reduce carbon dioxide, Lawson has implemented energy improvements at many stores, including outdoor units for integrated cooling/air conditioning, LED lighting and signs, and bathroom lighting motion sensors. Reducing the weight of containers and packaging, which translates to lower delivery truck emissions, has also cut carbon dioxide.

Across Lawson’s network of stores, a large fraction of total energy savings comes from improved store operations. For example, store managers are directed to clean cold case, microwave, refrigerator, and air conditioner filters once per week, and air conditioning and lights must be turned off in back rooms when not in use. Also, thermostat air conditioning settings have been raised by 2°C.

To cut back on the use of disposable chopsticks for their ready-to-eat products, Lawson started a Bring Your Own Chopsticks program, where stores make available to its customers reusable chopsticks that are made of ash wood discards from baseball bat factories.

And by making the chopsticks one centimeter shorter than usual, wood consumption is reduced by about 5%, representing the annual equivalent of 23 million pairs of chopsticks. A portion of proceeds from chopstick sales is donated to the Donguri no Kai organization for ash tree planting.

Lawson also created a Bring Your Own Bag program, distributing 2.7 million reusable bags since the program began in 2007. The bags are designed to hold bento (box lunches) and plastic bottles, the two most frequently purchased items at their stores.

Many Lawson stores offer one point to Ponta cardholders (a non-credit point card) who decline plastic bags when checking out. Lawson’s efforts to engage customers in its chopstick and plastic bag reduction programs demonstrate its interest in building good community relations, as reflected in its corporate tag line, Creating Happiness and Harmony in Our Communities.

Another company, Family Mart, is also working to reduce carbon dioxide emissions associated with their products, logistics, facilities, and management. These convenience store companies are demonstrating how small energy improvements at local stores can contribute to huge carbon dioxide reductions on a nationwide scale.