Wednesday, 12 November 2014
1
Richard Crume
I used to think about aging as something that happened to other people, but it would never happen to me, at least not for a long time. But time passes so quickly when you are raising a family and establishing a career, and now I suddenly find myself in my 60s and eligible for social security payments. Where did the time go? 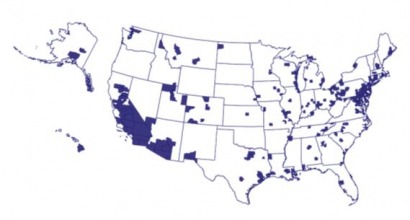 As a bona fide older adult, I have taken a new interest in the challenges facing retired people and whether renewable energy can help us live a better life. One difficulty facing older adults is the high cost of maintaining a household, including utility bills. This is a particular problem in the U.S., where nearly 10 percent of adults age 65 and older live below the poverty level, and many others have incomes not much higher.

Older adults want to age in place, which means staying in their own homes as long as possible. About 70 percent of older adults spend the remainder of their lives in the house where they turned 65. But this is a problem because many American homes are too large and expensive to maintain, and many are inconvenient to urban centers and public transportation. Also, homes occupied by older adults, often dating back to the 1960s and 70s, are far from energy efficient.

Not surprisingly, about 40 percent of older adults report having housing problems, ranging from inadequate plumbing to living in crowded conditions (i.e., more family members living in a house than there are rooms). But the most commonly reported problem is the high cost of housing and utilities, where monthly expenses exceed 30 percent of income.

Fortunately, old homes can be retrofitted with energy-saving technologies that result in significantly reduced energy bills. For example, the cost of installing a solar hot water system, improved insulation, and energy-efficient lighting and appliances is within reach for many older adults. Also, public assistance programs are often available to help older adults insulate their windows and purchase fans and air conditioning units.

For older adults fortunate enough to afford a new home, construction improvements over the past 15 years have made these homes very energy efficient. And many new homes are smaller too, which helps cut energy costs. In the U.S., residential housing accounts for 21 percent of national energy consumption, and about one in five new homes is bought by someone age 55 and older.

Walkable communities are especially amenable to a low-energy lifestyle. Homes in walkable communities tend to be smaller, requiring less energy, and driving across town to buy food and see a doctor can be avoided. These are important advantages for older adults. An added benefit is that walking is free and one of the best forms of exercise for your body and spirit.

As people age, their bodies are less able to compensate for the effects of environmental hazards. Air pollution can aggravate chronic heart and lung diseases, leading to increased medication use, more visits to health care providers, admissions to additional emergency rooms and hospitals, and even death.

In both developed and developing countries, buildings account for over 40 percent of energy use and one-third of greenhouse gas emissions. Energy-efficiency improvements in homes and other buildings may be one of the best ways to reduce greenhouse gases, particularly in the near-term.

I am a member of the 70 million-strong baby-boomer generation, people born between 1946 and 1964 who are responsible for the wave of retirements beginning to happen in the U.S. and elsewhere. By 2030, about 20 percent of the U.S. population will be age 65 or older. In Japan, the most rapidly aging developed nation, about one quarter of the population is already this age.

This large and growing number of older adults can have a significant voice when it comes to promoting renewable energy—after all, it is in the baby-boomers’ self-interest to promote technology that can reduce their living expenses and protect their health. Older adults can lobby their legislators, wage voter campaigns, and join environmental groups that support energy alternatives. Isn’t time we all band together, young and old, to make the case for renewable energy?

Mr. Crume’s wife, Dr. Yoko Crume, is an aging society expert. Together, they created the following list of requirements for older adult housing. Energy efficiency, the subject of this blog, is one of the seven requirements.