Monday, 08 August 2016
2
Robin Whitlock
Hinkley C is in the news again, for all the right reasons: People are finally starting to get the idea that it’s a huge white elephant that is going nowhere. That is true of nuclear in general I would argue. 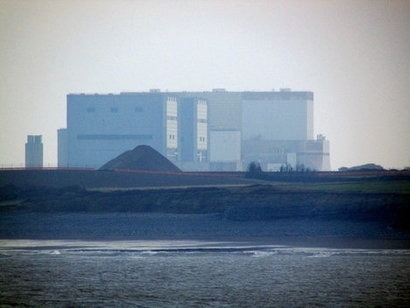 It used to be the case that condemnation of nuclear power was limited to arguably hippyish environmental protestors predicting doom and gloom delivered from mountains of nuclear waste. They were, of course, right all along, but what is heartening about the Hinkley C episode is that finally, some of the big boys in the global media are beginning to realise this too.

Take The Economist for example. This is a publication that is hugely respected as a source of economic and political wisdom right across the world.

Last week (August 4th), the magazine took a blatant and definitely hostile stance against Hinkley, and rightly so. It argues that renewable energy is becoming more and more attractive while the Hinkley plan is “extraordinarily bad value for money”. Furthermore, with more renewables deployed, the more pressure there is for countries to develop national grids that are properly suited to clean energy projects, that is to say flexible, intelligent, reactive grids that don’t depend on backup plants. With this surge in renewables, The Economist concludes, “the days of big baseload projects like Hinkley are numbered”.

Characteristically though, the magazine echoes the belief of many other nuclear enthusiasts that nuclear has a future. However, I would argue this view is unrealistic for all the following reasons.

Most of the nuclear reactors currently in operation are conventional ‘once through’ water cooled reactors, or PWRs (Pressurised Water Reactors). These are associated with a whole host of problems that present favourable material for internet list builders everywhere, ranging from vulnerability to terrorist attack, the problem of dealing with radioactive waste, the cost of nuclear, and the fact that investment in nuclear tends to draw investment out of renewables, to the various nuclear disasters of Three Mile Island, Windscale, Chernobyl and Fukushima and the various problems involved in keeping the supply of uranium going.

And seeing how I have now touched on uranium, let’s talk about this. According to the late Sir David McKay, author of Sustainable Energy – Without The Hot Air, the known recoverable resources of uranium would be sufficient to keep nuclear plants going for about 1000 years at a rate of 0.55 KWh per person. However, McKay also states that almost all of that recoverable uranium is in the oceans, not on land.

This is problematic in that no-one has yet figured a way to recover it from the oceans at sufficient scale. Membranes would be the way to do it, but a membrane developed by Vernon and Shah in 1983 only recovered a few grams of the stuff and the blunt truth is that it just takes too much energy to pump seawater through a membrane to justify the minimal amount of uranium that can be recovered. Dropping the membrane into the sea is even less efficient and besides, for the UK, the entire North Sea would have to be utilised in order to recover enough uranium for the nuclear industry in this way, not to mention that the currents in the North Sea aren’t strong enough to do so anyway. In short, the Energy Return on Energy Invested (EROEI) of any potential method of recovering uranium from seawater is far too low to be of any interest to anybody. The whole idea is, and always was, a dead duck.

This means that the nuclear industry has a very large problem. Uranium on land is a finite resource. Mining, at present, can only deliver about 60 percent of what is needed for the reactors currently operating with the rest coming from stockpiled reserves. Some believe that uranium supply has peaked, or will do shortly.

That should be enough to condemn the whole idea of nuclear as anywhere near a long-term solution to the world’s energy problems. But when alternatives to PWRs are contemplated, I am afraid it gets worse, not better.

Fusion won’t be with us for a very long time, and with climate change worsening every year, time is something we haven’t got much of unfortunately. Fast breeder reactors (FBRs) using liquid sodium coolant are even more dangerous than PWRs because of the risks of a sodium leak. This is because even a small leak of sodium coolant can lead to a sodium fire, which is very difficult to extinguish – the sodium reacts with both air and water. Many if not most of the world’s FBRs have now been closed down. Russia still has some, but its BN-350 and BN-600 FBRs are classic examples of everything that can go wrong with this technology. The first suffered a huge sodium fire, forcing its shutdown. The second suffered at least 27 sodium leaks with 14 of those, again, causing sodium fires.

The US constructed two fast breeder reactors before finally giving up on the whole idea. Both projects were complete disasters. The UK, US and Germany have all now abandoned any further work on FBRs, which is hardly surprising really when, along with the danger, you consider the capital costs are 25 percent greater than those for PWRs.

Finally, there is the whole idea of thorium, which is 3 times as abundant in the Earth’s crust and in seawater as uranium. However, it is even less soluble than uranium, so recovering it from seawater is, again, completely unrealistic, and the various attempts to burn thorium in pilot nuclear plants have all been unsuccessful anyway.

With regard to Hinkley, The Economist says that Britain should pull out of the deal enabling other countries to learn the lesson of our misadventure.

Most of the rest of us, in favour of renewables, have been arguing that all along. My verdict is firmly that it’s time to scrap nuclear, period.

Tags: Nuclear ,Grid ,Ocean ,PV ,Waste ,Climate change ,Germany ,India ,Renewable energy ,Wind
Add a comment
Manoj
Thanks for the post, it confirms the perspective about grave fears and dangers associated with Nuclear power geberation. This is a great site. I would to benefit from this site\'s informative content on renewable energy and cleaner energy persuits in future too.
jenifer vanquez
This is very great post, I was looking for such article for a long time.I am glad I found your site .This is a really good website. I found a lot of useful information from this site. I will definitely come back and read your future articles. TBDress discount codes
shannon flynn