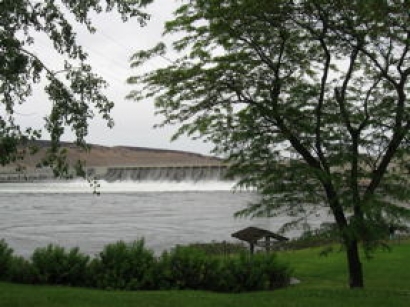 The project will build a new direct current (DC) transmission line from the Canadian border to Franklin, New Hampshire, where a converter terminal will be built to convert the electricity from DC to alternating current (AC). From there, a new AC transmission line will carry the energy to an existing substation in Deerfield, New Hampshire and into New England’s electric grid.

The system will deliver up to 1090 MW of hydropower which is expected to lower energy costs and reduce the carbon footprint across New England.

Since it was first proposed in 2010, the $1.6 billion Northern Pass project has been subject to multiple layers of federal and state government permitting regulations, a nearly 4,000 page Environmental Impact Statement, and adjusted its planned route in response to input from local communities as well as federal and state permitting agencies.

“We are pleased to see the DOE permitting process for Northern Pass draw to a close, and appreciate the years of diligent work done by the federal agencies in reaching this critical project milestone,” said Eversource New Hampshire President Bill Quinlan. “With the New Hampshire and Canadian permitting processes also nearing completion, and considering we have all major contractor, equipment and labor agreements in place, Northern Pass is on track to begin construction by mid-2018.”

The route today eliminates potential visual impacts in the White Mountain National Forest, the Franconia Notch area, the Rocks Estates area, and along the Appalachian Trail by placing an additional 52 miles of the route underground, for a total of 60 miles underground.

The approval of Presidential permit PP-371 allows the Northern Pass Transmission Line project to cross the international border and connect into the U.S. grid. Northern Pass’s construction of the line is expected to begin in April of 2018, pending approval by the State of New Hampshire’s Site Evaluation Committee.

According to Northern Pass, it is estimated that construction of the transmission system will create more than 2,600 jobs and provide over $600 million in annual energy cost savings for New England consumers.

DOE has the responsibility for implementing Executive Order (E.O.) 10,485, as amended by E.O. 12,038, which delegates to DOE the authority to issue Presidential Permits for the construction, operation, maintenance, or connection of electric transmission facilities at the United States’ international borders.

(Photo not of actual project)