Wednesday, 04 April 2018
0
REM
Sanjeev Gupta’s GFG Alliance is planning an investment of close to £60 million ($84.5 million) over the next two years to boost hydropower capacity in Scotland. 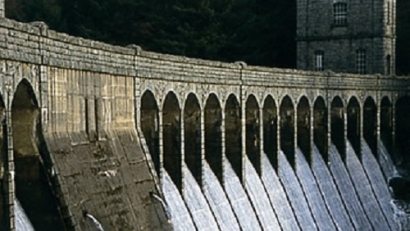 Hydro is a core element in GFG’s strategy to expand its total UK green energy capacity for industry to 1 GW over the next three years. The GHR acquisition will trigger a program to build or upgrade 12 hydro schemes in the Highlands by 2021, some of which will be on GFG’s 114,000-acre estate where it also plans to build a 400-worker alloy wheels factory next to its aluminium smelter at Fort William.

SIMEC GHR’s team of designers, engineers and project managers – based at Perth and Dingwall in Scotland – is also likely to work with GFG to develop hydro projects outside the UK, including a proposed scheme to build large scale pumped storage hydro capacity in South Australia, where GFG’s largest steelworks is located.

Ian Cartwright, GHR Operations Director said, “We’re very excited about becoming part of the GFG Alliance as it will not only enable us to accelerate our existing plans but will give us opportunities to create new projects, both in the UK and further afield.”

In addition to its hydro plans, SIMEC Energy is currently consulting with local communities in the Highlands on its proposal for an investment of around £150 million ($211.3 million) in building a wind farm at Glenshero, designed to generate 164 MW of power. This project will be Britain’s first large-scale subsidy-free wind farm. A planning application for the development is due to be submitted this summer.