Monday, 04 March 2019
0
REM
The Emerging Africa Infrastructure Fund, a PIDG company, has agreed to a $27 million loan to Kikagati Power Company Limited to aid in the building of a 14MW run-of-the-river hydro electricity generating station at Kikagati on the Kagera River. KPCL is backed by the Africa Renewable Energy Fund, a $205 million fund managed by Berkeley Energy. 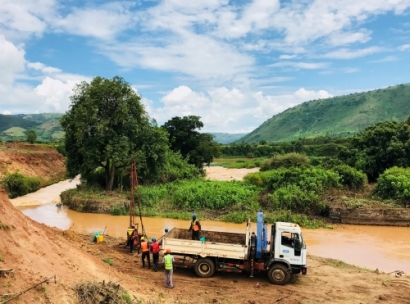 All of the energy generated will be bought by the Uganda Electricity Transmission Company Limited, Uganda’s single-buyer and transmission company, which will then sell half the energy to Tanzania.

The Kikagati plant is the 10th renewable energy development EAIF has backed in Uganda, demonstrating the benefits of replicating experience, financial structures and legal documentation.

EAIF Executive Director, Emilio Cattaneo said, “The Kikagati hydro power station will strengthen the economic development foundations of Uganda and Tanzania and provide good jobs in construction and operation. EAIF is now one of the most experienced providers of competitive long-term project finance to the African renewables energy industry.”

KPCL’s plant will consist of an 8.5m-high dam of 300m in length, three turbines of 5.5MW each and associated earthworks, control and plant rooms and allied infrastructure connecting the plant to switchyards in Uganda and Tanzania. Around 250 people are involved in construction work. Once operational, around 10 permanent staff will run the plant.

The project will require only limited interconnection infrastructure as it will interconnect to the existing 33KV networks near to the site in both Uganda and Tanzania.

FMO, the Dutch development bank, was mandated lead arranger of the project financing, and is lending $27 million. The EAIF and FMO loans are over 16 years, a term that improves the long-term viability prospects of the project.

The Kikagati plant will benefit from the “GETFiT” program. GETFiT is funded by a number of European governments and the European Union. It provides a tariff subsidy to a number of renewable energy facilities across Uganda. GetFiT funding brings down the average cost of power to consumers.

The Kagera River on which Kikagati is located forms the natural border between Uganda and Tanzania. The project has been made possible through the close collaboration of the developer with the two governments.