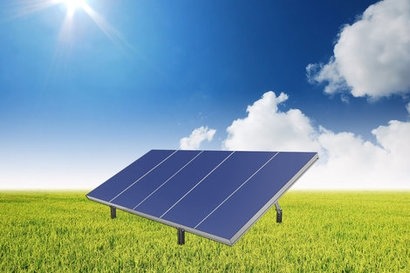 The plant consists of flat plate collectors in Denmark and will be the first stand-alone flat panel solar field built by the company after the success of many concentrated solar power (CSP) plants constructed by Aalborg CSP around the world. The plant will be one of the most efficient plants in Denmark, a country widely known for its green district heating facilities.

Aalborg CSP has investigated the potential to use solar heating to reduce the Danish district heating plant’s natural gas dependency as well as to stabilise energy prices. The company selected a 2,569 square metre flat panel system along with a 1,250 square metre heat storage accumulation tank in order to meet the client’s energy requirements at the lowest possible cost. This combination will provide 350 households with sustainable heating.

The company’s first flat panel project was secured shortly after signing the distribution agreement with GREENoneTEC Solarindustrie Gmbh, the world’s largest producer of flat plate solar collectors. The aim of this agreement has been to strengthen Aalborg CSP’s solar portfolio and to provide the district heating clients with more technology alternatives suitable to their individual energy needs. The company intends to implement combination plants utilising the company’s core CSP technology with flat panels as well as conventional stand-alone flat panel systems.

“Having a range of different technologies enables us to achieve even lower energy prices while increasing the efficiency of district heating facilities” said Jes Donneborg, Head of Solar Thermal Plants Division of Aalborg CSP. “As a first testament to this, the solar field delivered to Solrød Fjernvarme together with the accumulation tank will be able to cover 28 percent of the district heating plant’s energy demand and will keep energy prices stable.”

The solar plant in Denmark will consist of 13 rows of GREENoneTEC collectors from the GK 3003 series with up to 20 collectors placed in one row. The 13.3 square metre optimised panels have shown the highest performance among all known mass-produced large-scale solar collectors on the international market. This enables the solar energy system in Denmark to become one of the most efficient flat panel fields in the country.

Construction of the plant was commenced in the middle of September and it is expected that the solar energy system together with the storage tank are installed in short five weeks. Besides offering a cost competitive solution for heat production, the solar plant also avoids the emission of at least 233 tons of CO2 annually.