Wednesday, 20 August 2014
0
REM
BrightSource Energy has gone on the offensive to respond to concerns about bird death at its Ivanpah CSP plant in California's Mojave Desert. 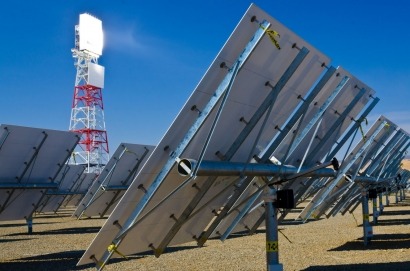 The plant, which began commercial operation in 2013, is currently the largest solar thermal power plant in the world.

But critics have been persistent in raising concerns about the facility, including its impact on birds and other desert wildlife.

Last year, according to published reports, US wildlife investigators visited the plant and watched as birds burned and fell at a rate of about one every two minutes.

Now, these same investigators are trying to delay an expansion of the facility until they can further assess the extent of bird deaths at the plant.

According to the Christian Science Monitor, those deaths may range from about a thousand a year (BrightSource's estimate) to a high of about 28,000 according to the Center for Biological Diversity environmental group.

Now, BrightSource has published a response to these and similar reports. Written by Joe Desmond, the company's senior vice president for governmental affairs and communications, the piece begins, "A lot has been written about the impact solar thermal power tower technology – like that used at the Ivanpah Solar Electric Generating System – has on birds.

"Like any infrastructure project, there are environmental impacts. These are legitimate concerns that must be addressed. But it needs to be put in context. That is where many have by and large missed the point," Desmond writes.

He continues: "BrightSource’s solar thermal power tower technology produces predictable, reliable and cost-competitive clean energy when needed most. We use thousands of software controlled mirrors to concentrate sunlight onto a boiler filled with water that sits atop a tower.

"When the sunlight hits the boiler, the water is heated and creates high-pressure, high-temperature steam. The steam is then used either in a conventional turbine to produce electricity or in industrial process applications, such as enhanced oil recovery.

"Let’s be clear: No one disputes that certain levels of concentrated solar flux present a risk to birds," Desmond says. "The U.S. Fish and Wildlife’s Office of Law Enforcement (OLE) was asked to examine the causes of bird mortality at three solar energy facilities in California, including the Ivanpah project. The OLE biologists found that “significant avian mortality is caused by the intense solar flux that produces feather singeing.”

Ivanpah reported 321 avian fatalities between January and June 2014, of which 133 were related to solar flux.

Desmond says when considering the impact BrightSource's technology has on birds passing through the concentrated sunlight, or solar flux, it is important to keep in mind the leading man-made causes of bird deaths. He then points to the following statistics:

Desmond says there s no scientific evidence that birds are “vaporized” after traveling through solar flux.

"In fact, OLE biologists found evidence to the contrary, 'Birds appear to be able to survive flux burns in the short term, as evidenced by the collection of several live birds with singed feathers.'

The area of concern associated with solar flux occurs near the tower, as evidenced by the data collected, Desmond says.

"Take the Ivanpah project as an example. In total, the project spans more than 3,500 acres. However, more than 99% of the bird mortalities that have evidence of flux singing were found within 200 meters of a tower. Understanding where the majority of bird deaths occur helps to more accurately estimate the number of birds potentially impacted by flux and focus avian deterrent efforts for maximum effect," he writes.

"Make no mistake, BrightSource is committed to minimizing avian impacts at the projects utilizing our technology," Desmond concludes. "We support the use of technologically advanced cameras, radars and audio systems to assist in detecting, monitoring and deterring bird movement in and around solar facilities. BrightSource is comprised of individuals motivated by the opportunity to contribute in a positive and substantial way to the fight against climate change. We recognize that society as a whole has tradeoffs to make in every interaction we make with the natural world.

"BrightSource takes its responsibility to the environment seriously and we have built that value into the way we do business. We are committed to letting the science and best available evidence dictate the mitigation and adaptive management efforts most appropriate in solar power projects," he says.