Thursday, 14 July 2016
0
Dan McCue
The Dubai Electricity and Water Authority has begun work on a concentrated solar power project that it says will generate 1,000 MW by 2030. 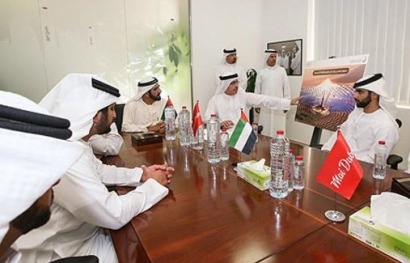 Once completed, it will be the largest power plant of its kind in the world, the authority says.

The project is a direct results of directives by HH Sheikh Mohammed Rashid Al Maktoum, vice president and prime minister of the UAE and Ruler of Dubai. It builds on the success of the Dubai Clean Energy Strategy 2050 to date.

The announcement was made in a news conference attended by executive vice presidents, vice presidents and senior officials at DEWA, and local and international media.

DEWA intends to build the largest CSP project in the world using the independent power Producer model. DEWA has released a tender for leading international CSP consultants to submit their proposals for advisory services for the 200 MW first project of the CSP plant. It will be operational by April 2021.

DEWA said it will generate 1,000 MW using this technology by 2030 in the Mohammed bin Rashid Al Maktoum solar park, which is the largest single-site solar park in the world that uses the IPP model.