Monday, 12 April 2021
0
Robin Whitlock
At its March plenary session, the European Economic and Social Committee (EESC) adopted an opinion which proposes more precise and operational governance arrangements and instruments for the implementation of the new battery regulation. 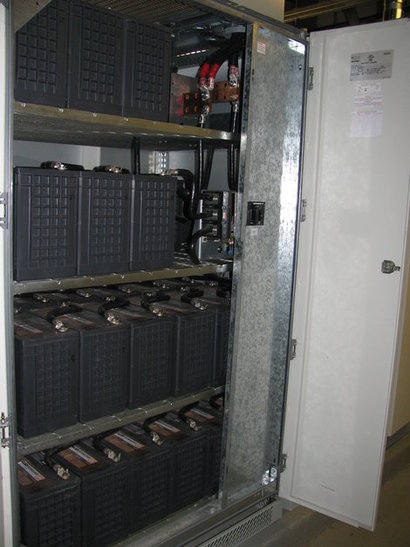 The opinion was drawn up by the Consultative Commission on Industrial Change (CCMI), with involvement of all stakeholders, and it could contribute to developing a Union framework covering the entire battery life cycle in the EU.

On 10th December 2020, the European Commission presented a proposal for a Regulation on batteries and waste batteries, repealing Directive 2006/66/EC of 6 September 2006 on batteries and accumulators and waste batteries and accumulators (the "Batteries Directive") and modifying the Regulation on market surveillance and compliance of products. The proposal is in line with the European Green Deal, which promotes decarbonisation of the EU economy to achieve climate neutrality by 2050.

The opinion adopted by the EESC supports the measures set out in the Regulation: with its new battery sustainability standards the Commission will also globally promote the green transition and establish a blueprint for further initiatives under its sustainable product policy.

However, in its opinion the EESC calls for more precise and functional governance instruments and arrangements to be set out to implement the new regulation, with all stakeholders involved.

“The proposed regulation aims to develop a Union framework covering the entire battery life cycle, including harmonised and more ambitious rules for batteries, components, waste batteries and recycled materials” said rapporteur Bruno Choix. “Through this regulation the Commission intends to promote innovation as well as the development and implementation of the technological expertise of the EU”.

The co-rapporteur, Frank Uhlig, explained that this support may take a variety of forms.

Over the next decade in Europe, battery technology will be one of the main catalysts of the green energy transition. By enabling the electrification of transport, where appropriate, and the use of renewable energy as reliable energy sources, the use of batteries should contribute to achieving the EU's objectives under the Paris Agreement on climate change.

The Batteries Directive aims to minimise the negative impact of batteries and accumulators and waste batteries and accumulators on the environment through the following key measures: (i) prohibiting certain hazardous substances being placed on the EU market; (ii) implementing Extended Producers’ Responsibility (EPR) schemes and other measures in line with the Circular Economy objectives; and (iii) establishing labelling requirements and implementing a similar approach with other sector-specific legislation.

The EESC recommends addressing challenges in this area by further strengthening the role and resources of the European Chemicals Agency (ECHA) and the European Agency for Safety and Health at Work (OSHA).

The EESC considers that it should be a priority of the Commission's Pact for Skills initiative and the EU's ALBATTS and DRIVES projects and COSME programme to define and implement training projects on eco-design and recycling batteries, with appropriate financial resources to ensure their success and active participation of the social partners, as well as coordination with any national mechanisms or employment areas directly concerned, in a just transition approach as provided for in the European Green Deal.

In line with the commitments made by the EU on carbon neutrality, the EESC recommends rapidly introducing maximum thresholds for the carbon footprint associated with the manufacture of batteries as well as the logistics of supply upstream of batteries materials.

The EESC also proposes that the "end of use" concept be introduced in addition to "end of life" in order to promote the reuse, renovation or second life and recycling of batteries.

Finally, the labelling provisions of the draft regulation should include the obligation to better inform people about the potential risks of dangerous substances.

Batteries placed on the EU market should become sustainable, high-performing and safe along their entire life cycle. This means batteries that are produced with the lowest possible environmental impact, using materials obtained in full compliance with human rights as well as social and ecological standards. Batteries have to be long-lasting and safe, and at the end of their life they should be repurposed, remanufactured or recycled, feeding valuable materials back into the economy.