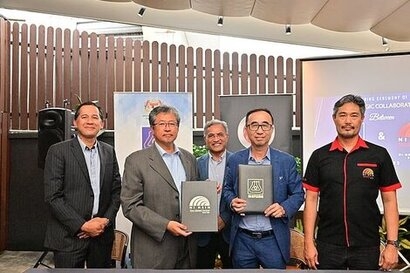 The project is to be funded through a Public-Private Partnership (PPP) funding model and will mitigate the impact on the environment caused by illegal processing of lithium-ion batteries by providing an eco-system for a circular economy.

“This Strategic Collaboration with SIRIM is an extension of our quest for greater participation in the green economy” said Khoo Chee Kong, Managing Director of NH EV TECH. “Having successfully launched our EV motorcycles last month we are looking forward to unlocking another piece of the environmental puzzle. As the world has grown to love and depend on the power and convenience brought by lithium-ion batteries (LIBs), their manufacturing and disposal have increasingly become subjects of political and environmental concerns.

Most discarded LIBs eventually are landfilled or stockpiled, contaminating the land while wasting energy and non-renewable natural resources.

If not recycled and reused, LIBs will exert massive environmental impacts and accelerate the depletion of mineral reserves. It's not only environmental pollution that is a problem. During the end-of-life stage of LIBs, poor handling and disposal could increase the risk of fire or poisoning. In the coming years, disposing of huge numbers of batteries from electric vehicles is going to be the real challenge. There is now a need for qualified e-waste recyclers that can handle and recycle LIBs safely and responsibly.”

Mr Kong added that the current LIB recycling market is estimated to be worth approximately $1.7 billion and is expected to increase significantly over the next ten years.

“In the ASEAN region there is only one such recycling facility in Singapore with a recycling capacity of 14 tonnes of Lithium-Ion batteries per day” Mr Kong said. “Being one of the first movers in this region makes Ni Hsin more attractive to investors who are beginning to consider sustainability factors in their investment decision-making process.”

SIRIM President and Group Chief Executive Officer, Dato' Indera Dr Ahmad Sabirin Arshad, added that under the green technology master plan 2030 of Malaysia, several strategies were outlined to create a low-carbon and resource efficient economy, thus, in complementing this master plan, SIRIM will be embarking on various projects towards enhancing and promoting sustainability in line with the Sustainable Development Goals (SDGS).

The SIRIM-Ni Hsin Lithium-Ion Battery Recycling Pilot Plant will be fully operational in 2023 with annual recycling capacity of 550 tonnes of lithium-ion batteries. Initially, the output will be sold to lithium-ion batteries manufacturers in the form of black mass. Under the collaboration, the two companies will focus on the recovery of precious metals, such as lithium and cobalt, commencing lithium-ion battery manufacturing from 2025.