TES closes a deal on a 10,000 square metre battery recycling facility with Port of Rotterdam

Monday, 05 July 2021
0
Robin Whitlock
Provider of sustainable technology lifecycle services, TES, has announced it has agreed to a deal that secures the future of a 10,000 square metre recycling facility in the Port Of Rotterdam, Europe’s largest seaport. The facility, strategically located adjacent to the waterways of the port of Rotterdam and with an option to extend onto a neighbouring plot that will increase the site to over 40,000 square metres (approx. 430,000 sq. ft), already has a basic waste license to receive, store and forward lithium batteries and to manage electric vehicle batteries and battery production scrap as well as a license to shred alkaline batteries. 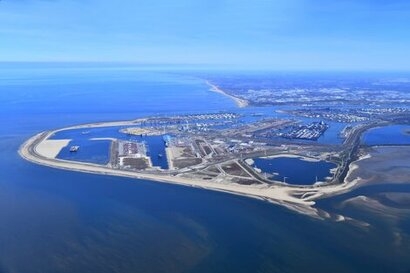 The TES site in Grenoble was one of the first recycling sites to use an inert shredding process that safely crushes lithium batteries and developed a number of key patents for hydrometallurgical processes.

The expertise gained in France played a key role in TES opening Southeast Asia’s first lithium battery recycling facility in Singapore in March 2021. This state-of-the-art facility has the daily capacity to recycle up to 14 tonnes of lithium batteries – the equivalent of 280,000 smartphone batteries.

These existing facilities will support the development of the new, larger-scale site in the Port of Rotterdam.  The combined capacities of the three facilities will make TES one of the largest service providers of lithium battery recycling globally as well as one of the largest generators of commodity materials produced from the battery recycling process.

The deal is part of an ongoing commitment from TES to improve the collection and recycling of portable and industrial batteries in Europe and supports the European Union’s goals laid out in the European Green Deal. It is also a strategic move in preparation for the huge rise in global demand for lithium batteries as car manufacturers increase their electric vehicle outputs - which are predicted to increase 14-fold by 2030 (compared to 2018 levels).

A report from Circular Energy Storage in December 2020 explained that Europe is currently under capacity for sustainable lithium battery recycling, and more capacity is needed to meet waste generation by 2030.

According to figures from the European Commission, the EU could account for 17 percent of the global demand for lithium batteries by 2030, the second highest share worldwide.

“We have a vision to be a global sustainability innovator, and our unwavering ambition to turn the Port of Rotterdam site into a state-of-the-art European battery recycling facility is key in delivering that strategy” said Thomas Holberg, Global Vice President of Battery Operations at TES. “Once up and running, we will have up to 10,000 tonnes of shredding capacity per year and a subsequent hydrometallurgical process which focuses on the recovery of nickel, cobalt, and lithium as a precursor feedstock for the battery industry.”

In response to rising demands the European Commission has proposed modernising EU legislation on batteries as part of its Circular Economy Action Plan. This includes goals for batteries that are more sustainable throughout their entire life cycle – which is key for the European Green Deal and will contribute to the EU’s zero pollution ambition.