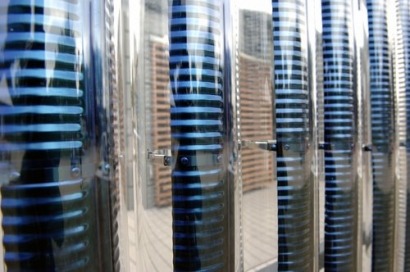 “With 162 TWh produced in 2010, solar heating and cooling is second only to wind amongst the 'new' renewables”, says Werner Weiss, chairman of the IEA Solar Heating and Cooling Programme. “And while China continues to lead in total installations, Australia and Israel added more capacity per capita than any other country”.

The annual statistics Solar Heat Worldwide provide data from 55 countries, representing more than 60% of the world's population and over 90% of the global solar thermal market. The vast majority of the total 2010 capacity was in China (117.6 GWth) and Europe (36.0 GWth), which together accounted for 78.5% of the total capacity.

Technology wise, thermosiphon (natural flow) systems are the clear market leader, accounting for 89% of the newly installed capacity in 2010, compared with 11% of forced circulation systems. The Chinese market dominance shows also in the type of collectors used: 78% were vacuum tube collectors, 18% were flat-plate collectors and 4% were unglazed collectors.

“It is often forgotten that 47% of the world’s energy demand is for heating”, reminds Werner Weiss.” Solar heating and cooling offers a renewable supply of thermal energy and can be applied anywhere in the world. In many regions, solar has been cost-competitive for years. People use it because it works and it is relatively cheap”.

The International Energy Agency’s Solar Heating and Cooling Programme was established way back in in 1977. Its objectives are co-operative research, development, demonstration and exchange of information regarding solar heating and cooling systems. 20 countries and the European Union are IEA SHC members.