Tuesday, 12 June 2012
1
REM
There are signs that the strong decline reported over the last two consecutive years came to a halt in 2011, according to the annual solar thermal market statistics published yesterday by the European Solar Thermal Industry Federation (ESTIF). 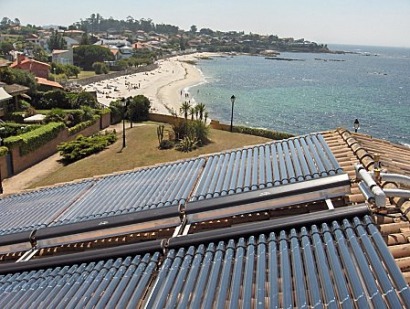 However, for a full trend reversal, the industry must develop new market segments and improve price competitiveness. Besides, to meet the 2020 targets, it is now imperative that governments step up their efforts and tap the full potential of the most relevant decentralised emission-free renewable energy source worldwide.

2011 proved to be a year of mixed messages: while overall the European market was flat; at national level market conditions were very diverse. With 2.6 GWth installed in 2011, the total installed capacity in Europe now amounts to 26.3 GWth, generating an estimated 18.8 TWh of solar thermal energy, while contributing to savings of 13 MMt of carbon dioxide. The solar thermal industry has a key role to play towards achieving the 2020 targets and the economic importance of the sector can no longer be ignored, with a turnover of around €2.6 billion in 2011 and 32,000 people employed full time.

While Germany continues to be the sector’s driving force, in 2011 Poland joined the select group of markets above 140 MWth (200 000 square metres) of newly installed capacity. Some markets have been going through a very difficult time, especially in Southern European countries such as Italy, Spain and Portugal; however, Greece has bucked the trend with slight market growth.

Both large-sized systems (above 35 kWth) for commercial heating and cooling applications and very large systems (above 350 kWth), used in solar assisted district heating or for industrial process heat have shown positive developments. However, they cannot alone offset the downturn experienced in most traditional market segments such as domestic hot water production for single family dwellings.

“It is challenging to comment on the state of the market,” laments Robin Welling, ESTIF President. “Did we not take full advantage of increasing fossil fuel prices and further progress in the implementation of the Renewable Energy Sources Directive? Or should we be relieved that the stop-go incentive policies, combined with weak new-build and retrofit sectors, did not have the anticipated negative impact? We must believe in a positive outlook, especially with the good image enjoyed by solar thermal.”

According to a recent opinion poll carried out by the European Commission (Eurobarometer, May 2012): 94% of the respondents are in favour of ‘solar energy’ being used in their country. Nevertheless, this has not yet been translated into concrete policies and the decline observed over the past two years has derailed the progress towards reaching the 2020 targets.

“Further action is therefore urgently needed. The EU member states must adopt, without delay, pragmatic and stable measures to encourage a stronger uptake of solar thermal, so that Europe can also reap the full benefits of the most relevant decentralized emission-free renewable energy source worldwide,” concludes ESTIF.