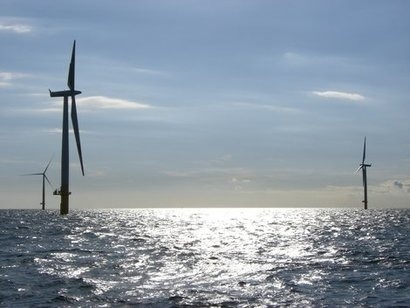 Offshore wind is expected to grow significantly in Asia in the coming years, with a significant focus by industry and governments on the potential of offshore wind in the Asian region. The countries currently taking the lead in Asia are Taiwan, China, South Korea with several projects being developed in these countries. Other countries in the region such India are investigating the potential for the offshore wind sector with initial studies being conducted.

A number of key drivers support the expected growth in the offshore wind sector in Asia. The significant increase in offshore wind deployment in Europe has enabled the industry to dramatically reduce production costs for wind power. The price per megawatt hours is now between 50 euros and 100 euros, representing a dramatic fall in the cost of production of almost 50 percent in the last few years. This now makes offshore wind an attractive proposition for governments in Asia which want to fulfil their ambitious renewable energy targets.

Another driver for countries in Asia to adapt offshore wind is economies of scale. Many countries have been developing their onshore wind market with mixed results, due to constraints around land availability, community impacts and grid connection in a region that is often densely populated. Offshore wind allows for governments to have a much better control of these projects while minimising the impact on communities and avoiding land constraints.

The Asia Offshore Wind Day is co-hosted by Norton Rose and KPMG while industry players such as Dong Energy and Goldwind will give keynote speeches on the different markets in Asia and current issues.