Thursday, 07 August 2014
0
Robin Whitlock
Cape Wind has announced that it has signed a contract with Weeks/Manson Joint Venture (WMJV) to serve as the lead construction contractor. 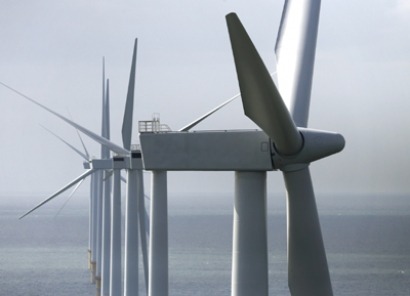 “This project will combine the best of American maritime suppliers, engineers and constructors with the most experienced European technology providers to ensure America’s first offshore wind farm performs to world class standards” said Cape Wind President Jim Gordon. “Achieving this objective will help catalyze a new industry that will deliver an inexhaustible clean energy resource and thousands of new jobs for our region and country.”

Vice President of Weeks Marine and Project Director for WMJV Mr Rick Palmer added that Weeks Marine has been pursuing the offshore wind market for over 10 years. The company first began plans to build the R.D. MacDonald installation vessel in January 2011 in preparation for the emergence of the US offshore wind industry and regards the vessel as a key link in the sectors domestic supply chain.

The R.D. MacDonald is a jack-up barge which was initially launched in Jacksonville, Florida, in 2012. It will be fitted with a crane in Houma, Louisiana, later in 2015. The crane will have a 280-foot boom capable of reaching over 350 feet into the air when jacked-up offshore. It will be able to transport three wind turbines at one time with racks to carry the turbine blades.

Weeks Marine is a marine contractor specialising in marine construction, dredging and tunnelling operating both in the US and Canada. The company was founded in 1919 and with its wholly owned subsidiaries, Healy Tibbitts Builders and McNally International, serves markets throughout North America, South America, the Caribbean and the Pacific Rim.