Tuesday, 13 November 2018
0
Robin Whitlock
China is at the top of the list in the 2018 Emerging Markets Attractiveness Index report published by wind industry intelligence service A Word About Wind, which provides insight and analysis into the most attractive emerging markets for wind companies. 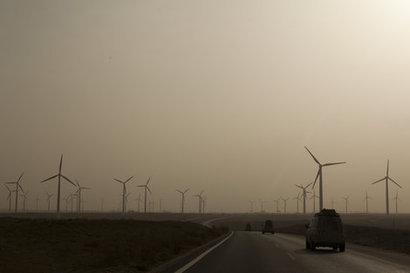 The index, now in its second year, ranks the top 30 emerging markets that investors should consider when investing in wind in Europe, Africa, Asia and Latin America. The list considers factors including political and economic stability for investors, alongside the growth of electricity demand and potential for wind growth, in order to rank the countries by overall potential.

As with last year’s report, China tops the list and the ongoing trade war with the US shows no sign of slowing China’s formidable growth. The country saw 19.7 GW of new wind farms built last year, the largest capacity globally, and government support led to a record $132.6 billion of renewables investment in 2017. Meanwhile, strong growth forecasts and a shift from feed-in tariffs to competitive auctions look set to draw in more foreign investment.

Looking beyond China, investors aiming to make a move into emerging markets have a growing range of options. For example, offshore wind has started to take off worldwide. New entry Taiwan leapt into fifth place thanks to its welcoming policies, while Turkey and Poland may also offer offshore opportunities for canny investors.

“Emerging markets can be very lucrative for investors, offering high returns in exchange for the increased risks” said Richard Heap, Editor-in-Chief at A Word About Wind. “This year, we’ve grown our list to include ten more countries, which reflects the increasingly-global outlook of wind despite protectionist policies in some parts of the world. However, in the face of increased attractions in other markets, last year’s key players are still clinging onto many of the top spots. India, Chile and Mexico continue to provide welcoming markets for investors, and the emergence of the eastern European states will be fascinating to watch.”

Political and economic uncertainty is often an impediment to development. This is reflected in the positions of several African and Middle Eastern countries, which miss out on the top spots due to the resulting investment instability – despite high scores in overall economic growth.

For example, while Ethiopia scores highest on the list for economic growth, it is held back by the World Bank’s unfavourable assessment of the ease of doing business in the country, the lowest of all thirty countries assessed.

“This report allows investors to take a systematic look at emerging markets, as they consider exploring new territories in the wake of subsidy drops and increased competition within traditional markets” added Adam Barber, Managing Director of the Tamarindo Group of which A Word About Wind is a constituent company. “We have seen growing interest from our members in new markets. This report helps them to ensure success by making them aware of the risk and reward that each country offers for wind energy companies.”

The report also contains a corporate M&A databank, commentary on the significance of recent developments in the wind industry, and key deals data from Q3 2018.