Monday, 13 March 2017
0
Dan McCue
The European Union on Monday unconditionally cleared Siemens' planned acquisition of Spain-based wind turbine manufacturer Gamesa, saying the deal in no way raises competition concerns as "a number of credible competitors would remain in the market." 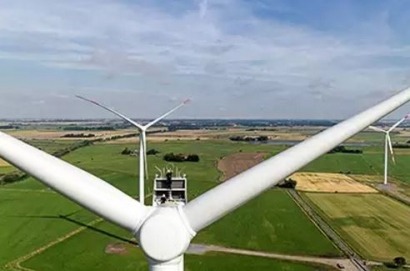 The German multi-national announced its intention to acquire a 59 percent stake in Gamesa in June 2016. Under the terms of the deal Gamesa's shareholders will own the remaining 41 percent of the company.

In a written statement released at the time if the announcement, Joe Kaeser, president and CEO of Siemens AG, said the combination of Siemens wind business with Gamesa "follows a clear and compelling industrial logic in an attractive growth industry, in which scale is a key to making renewable energy more cost-effective."

"With this business combination, we can provide even greater opportunities to the customers and value to the shareholders of the new company. The combined business will fit right into our Siemens Vision 2020 and underlines our commitment to affordable, reliable and sustainable energy supply," Kaeser said.

The new company, which will be consolidated in Siemens' financial statements, is expected to have on a pro forma basis a 69 GW installed base worldwide, an order backlog of around €20 billion, revenue of €9.3 billion and an adjusted EBIT of €839 million.

In a statement, the European Commission said it investigated the impact of the proposed transaction on the onshore and offshore wind turbine markets and had no concerns.

The onshore wind turbine market, it said, is rather fragmented with several large competitors even after the merger.

The offshore wind turbine market is more concentrated with Siemens and MHI Vestas being the main competitors, the commission said, and Gamesa is also active in the market through its subsidiary Adwen.

"However, as the investigation confirmed that Adwen is not a competitive constraint on Siemens, it is unlikely that the transaction will appreciably change the competitive situation," European regulators said, clearing the merger unconditionally.