Friday, 06 May 2011
0
Spanish wind power giant Gamesa has signed MoU with three Chinese companies -- Longyuan, China Resources Power (CRP) and Datang – which, when finalized over the next several months, will result in its supplying 900 MW in turbine capacity for a string of planned projects. 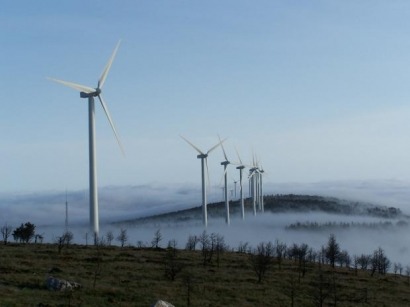 "In Gamesa we have found the ideal partner for our growth strategy, thanks to its comprehensive understanding of the business as a technology company and wind farm developer and its experience in the development of wind farms in the world's largest markets,” said Changjun Xie, President of China Longyuan Electric Power Group.

Once the three pending deals are finalised, Gamesa would begin a business relationship with a new power company, China Resources Power (CRP), while building on its existing relationships with Longyuan and Datang.

Gamesa has also signed a separate agreement to jointly develop wind farms with a capacity of 200 MW with Longyuan by 2015.

"This agreement marks a before and after in our relationship with Longyuan and it represents a qualitative leap in our presence in the wind market, as we become partners in the international expansion of one of the world's top wind farm developers" said Gamesa Chairman and CEO Jorge Calvet.

"Gamesa has carved out a market position as a leader in technology, and we will now offer our know-how for finding potential wind farm sites and for project management of joint ventures in the world's most promising wind markets," Calvet said.

Gamesa has already delivered a total 1,200 MW in turbine capacity to Longyuan, and is currently developing wind farms with Datang in the province of Liaoning with a capacity of 289 MW. In 2010 along, it sold Datang a total of 50 MW of its G8X-2.0 MW turbines.

Gamesa in China operates as a turbine manufacturer and wind farm developer, a competitive advantage it strengthens through joint ventures with the country's major power companies (at a global and provincial level), thanks to its comprehensive knowledge of the wind energy industry.

Gamesa has installed approximately 3,000 turbines at more than 60 sites across China since 2000. The company currently has four manufacturing plants in Tianjin province, and is building another two factories in Jilin and Inner Mongolia. Gamesa employs 1,200 people in China.