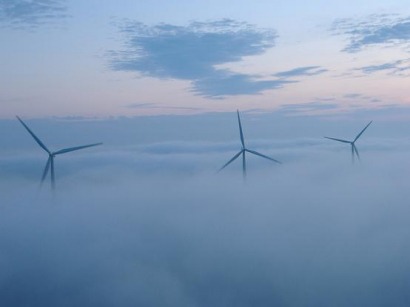 Iberdrola has begun the process to install its first offshore wind farm in Germany, the Wikinger, which will be located off the German coast of the Baltic Sea. It will have 400 megawatts (MW) of installed capacity and wind turbines of around 5 MW.

The company has begun applying for the permits from Bundesamt für Seeschifffahrt und Hydrographie, the German Federal Maritime and Hydrographic Agency. This phase includes a detailed presentation of the planned design and a comprehensive environmental impact report, based on numerous studies carried out over the last 12 months.

In March 2010, Iberdrola acquired 100% of the construction rights to this offshore complex from the joint venture between DEE Deutsche Erneuerbare Energien GmbH (Deutsche Bank Group) and Ventotec GmbH (GHF-Group). At the time, the plant had already obtained permits from the German government to install floating wind turbines.

After an in-depth analysis of the project and the site, the company decided it was better to use large turbines on fixed structures directly anchored on the sea floor. This solution matches the specific conditions of the Baltic Sea and the planned technological development at the time of the farm’s construction better.

Once Iberdrola obtains administration authorisation, it intends to present the final plans for the offshore project in early 2014, with the aim of commencing construction in 2015 and offloading to the grid the first kilowatts in 2016. “We are excited about submitting this project for approval by the German government. With 400 MW, the proposed wind farm is large and will considerably help cut CO2 emissions in Germany,” explains Keith Anderson, Head of Iberdrola ’s Offshore Division.

“Wikinger is an international project, with our teams from Glasgow, Germany and Spain all working hard to bring the facility into operation” Anderson added. “This is a big step, but we still have to keep working to obtain all the required permits.”

Wikinger is located in the northern part of an area known as Westlich Adlergrund, which the Germany authorities have designated as a Priority Offshore Development Area, around 40km from the nearest coast, Rügen island. The average depth is around 39 metres.

This project in Germany forms part of Iberdrola ’s commitment to offshore wind power, a technology touted as the second renewables revolution. Based in Scotland, the Office Business Unit will drive the gradual start-up of the offshore wind farms in the project pipeline, which now stands at over 10,000 MW worldwide.

The main project is West of Duddon Sands, in the UK, which will become the group’s first offshore wind farm, with 389 MW of installed capacity. The company has already completed the plan design, with construction set to begin next year. The facility will tentatively be commissioned in 2014.