Tuesday, 14 August 2018
0
Robin Whitlock
A wide range of political risks pose major threat to the viability and profitability of international wind farms, both on and offshore, and in regions ranging from the United States to Europe and Africa, finds a new report published by A Word About Wind. 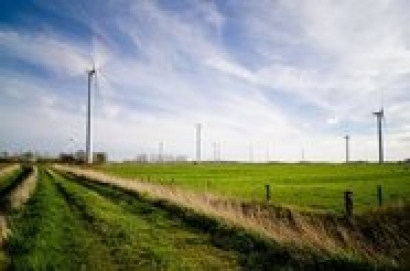 Moreover, the ability for these projects to successfully overcome these challenges and protect future investments is often directly linked to the quality and calibre of their respective legal counsel and the experience of their legal teams, according to the Legal Power List 2018, the latest report published by industry intelligence service A Word About Wind (AWAW).

The report ranks the 100 most influential lawyers active in the global wind energy sector and offers in-depth analysis on the risks posed to projects by regulatory and political changes, as well as contributions from DNV GL and Mayer Brown. Recent years have seen investors in the wind industry forced to contend with unprecedented levels of political and regulatory uncertainty. This is the case not only in areas more often thought of as ‘risky’ for development – although risks remain high for developers in emerging markets including Africa and Latin America – but also in parts of Europe and North America that have led the growth of wind power.

The report and rankings build on recent analysis from AWAW that identified how retroactive cuts to Spanish wind subsidies between 2011-2013 devastated its national market, while Poland hit the headlines earlier in 2018 for a $700 million lawsuit launched against its government. The lawsuit followed the failure of Polish state utilities to honour power purchase agreements, and the unwillingness of the government to uphold Polish court decisions, which resulted in international arbitration.

In light of this and given wider political and regulatory risks threatening wind energy projects, investors and developers will continue to rely heavily on legal advisors – not only for creating watertight contracts in the initial stages, but, if necessary, to take legal challenges to the courts.

"Legal Power List 2018 has highlighted some of the biggest challenges for wind investors, including the need for strong legal support when operating in risky markets" said Richard Heap, Editor-in-Chief, A Word About Wind. "And this isn’t simply emerging markets. In fact, risks for investors can be bigger – and harder to spot – in the countries and regions that are today most positive about wind energy. Let’s look at Spain, or Ontario in Canada. Investors were able to take advantage of generous government policies for many years, which helped to attract high levels of investment. However, when political power changed hands and new leaders wanted to make cuts, this had a devastating impact on some investors".

The Legal Power List is the latest in a series of reports published exclusively by A Word About Wind. The report covers key themes that will feature on the agenda of Financing Wind Europe, the next A Word About Wind membership conference, to be held on November 1st in London.

The event, which will take place at The Crystal and will include panel discussions and debates between senior investors and industry leaders.