Monday, 21 March 2016
0
Robin Whitlock
Offshore wind company MHI Vestas Offshore Wind has doubled the area leased by the company at the Port of Esbjerg in Denmark, strengthening its relationship with the Port 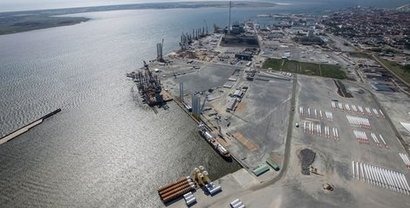 The company was one of the first to move into the new East Port in 2013 and five projects have been executed from the port by the company since then. Given that operations have continued to grow, the company has now decided to expand its lease at the port. The facilities will be used for pre-assembly and shipment of offshore wind turbine components with the area being used by the company expanding from 54,200 square metres to 138,200 square metres, to include extra quay space for the execution of multiple projects simultaneously.

Pre-assembly for the 165 MW Nobelwind project in Belgium will commence at the site in June, with work beginning on the 400 MW Rampion project (UK) in September.

“We are pleased to be able to partner with the Port of Esbjerg to more than double our footprint on site” said Bo J. Bjerregaard, Director, Pre-Assembly & Projects, MHI Vestas Offshore Wind. “Pre-Assembly is a critical aspect of our business and therefore it is essential to have a dedicated site onshore, with the necessary infrastructure where we can prepare our components for offshore installation.”

Mr Bjerregaard added that the facilities will enable the company to minimise time spent offshore, thereby reducing installation costs. It will also allow the company to execute several projects from Esbjerg in the near future.

Ole Ingrisch, CEO at the Port of Esbjerg, said that the agreement marks the further development of the ports successful co-operation with MHI Vestas since 2001, which has played an important part in making Port of Esbjerg the leading port for wind power in Europe.