Wednesday, 08 May 2013
0
Robin Whitlock
The New Bedford Marine Commerce Terminal will become the first port in the US to support the country’s growing offshore wind industry 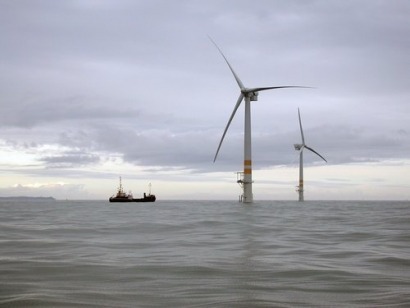 A new port in Massachusetts is being constructed specially to assist in the deployment of US offshore wind infrastructure alongside more conventional bulk traffic such as high-volume bulk and container shipping and large speciality marine cargo. The new terminal will be the first of its kind in North America and will be engineered to sustain mobile crane and storage loads that rival the highest capacity ports in the world.

The construction of the port will involved dredging and removal of approximately 250,000 cubic yards of contaminated sediment which will prove to be a substantial environmental benefit to the city of New Bedford. Offshore wind will potentially become the largest new energy source for Massachusetts and much of the East Coast able to power close to half of the households in the state. The US Department of Energy (DoE) projects that around 43,000 clean energy jobs will be created in the industry across the US by 2020.

The new terminal will be located inside New Bedford Harbour in close proximity to offshore wind planning areas along the East Coast. The federal government is also leading an offshore wind permitting and leasing process in nine states, including Massachusetts, which is expected to lead to the construction of multiple projects. The terminal itself will have an estimated cost of around $100 million.

“Investing in infrastructure just like this creates jobs now and a stronger Commonwealth for the next generation,” said Governor Patrick. “This is how Massachusetts claims its place as a hub for a new American industry.”

Lieutenant Governor Murray commented that the terminal will not only provide the city with new shipping and cargo capacity but will also support new clean energy initiatives of significant benefit to both the US and its Commonwealth. According to Massachussetts Clean Energy Centre (MassCEC) CEO Alicia Barton, the construction of the port marks the birth of the offshore wind industry in the United States.