Thursday, 16 February 2012
0
Mike McGovern
A year after the Fukushima Daichi nuclear disaster, a consortium of more than ten Japanese companies, led by the Marubeni trading company, is about to close a deal to erect an experimental 12-MW wind farm in waters close to the stricken nuclear plant. The wind farm will comprise floating wind turbines, said several local agencies yesterday, most of which cited the local agency Jiji Press as the original source of the news. 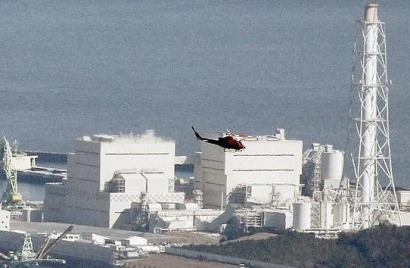 The project stems from an initiative announced by the Japanese government last September, as reported at the time by our sister publication, Energías Renovables. The government’s aim was to channel investments totalling between ten and twenty thousand billion yen (between €95 million and €190 million) to boost the deployment of floating offshore wind platforms in the country.

This initiative is part of the big "no thanks" to nuclear energy plan, which has gradually taken hold among the Japanese people since the Fukushima nuclear catastrophe. The consortium led by Marubeni also involves industrial giants such as Mitsubishi Heavy Industries (MHI), Nippon Steel and Mitsui Construction. The partners aim to have the twelve megawatts installed by the end of 2016. The project will start in March, according to Jiji Press, citing sources within Marubeni.

The consortium will also benefit from a number of soft loans backed by the Ministry of Industry. It will also be able to draw on state reconstruction funds that were approved by the Government after the tsunami that caused the accident in Fukushima and the closure of several other nuclear plants in the country. Wind farms were unharmed during the disaster.

Over the twelve months since the Fukushima disaster, the Government has insisted that offshore wind will play an important role in Japan’s energy future. Thus, on several occasions, government sources have spoken of the need for about 1,000 MW to be installed off the country’s coasts by 2020, and have also mentioned that some of that capacity must comprise floating wind turbines, because of the deep of the sea at many locations.

According to information obtained from Renewable Energy Magazine, the local company Sasebo Heavy Industries already has a prototype floating turbine installed close to Sesebo, in the south of the country, which it developed in conjunction with the University of Kyoto, although it is not yet known whether the project will be presented to Marubeni.

Meanwhile, Energías Renovables reports that Spanish industry is well positioned to collaborate with Japan’s efforts to install floating wind tubines, since it has several projects at the research and development phase. These include the Zefir experimental offshore wind farm, currently under development in Catalonia, which will have several sites for floating wind turbines. In addition, Iberdrola leads the project Emerge – "its star R&D project," according to recent statements by the company – which aims to produce a prototype in 2012. The other Emerge partners are Alstom and Acciona.