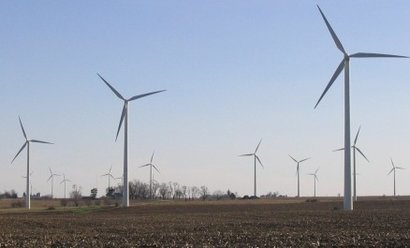 SGRE turbines now accounts for over 55 percent of the installed fleet of wind turbines in the Spanish market. Most of the new agreements are for the supply of the SG 3.4-132 model (42 turbines in total), with the remainder consisting of sixteen SG 2.6-114 turbines and five SG 2.6-126 machines. Most of the blades for the turbines will be manufactured by the plants at Aoiz (Navarra, Spain), Somozas (Galicia, Spain) and Tangier (Morocco). The nacelles will be produced by the plant in Ágreda Soria, Spain. The company will also provide operating and maintenance (O & M) services for all the installed turbines.

The company will install thirty-two SG 3.4-132 wind turbines in the wind Cavar complex being developed by Iberdrola and Caja Rural de Navarra. This project, consisting of four wind farms with an installed capacity of 111 MW, is located in the municipalities of Cadreita and Valtierra, Navarra.

Siemens Gamesa has also reached an agreement with Villar Mir Energia for the turnkey construction of the Tablares (12 MW) and El Sotillo (15 MW) wind farms in Zaragoza.

It will deliver six SG 3.4-132 wind turbines to Grupo Jorge for a 21 MW wind farm in Pedrola, Zaragoza, where it will provide maintenance services for 10 years, and has signed an agreement with Falck Renewables to supply four SG 2.6-114 turbines (11 MW) for the Carrecastro windfarm in the Valladolid municipalities of Tordesillas and Velilla.

With these contracts, SGRE has sold 1.2 GW in Spain since the end of 2017, entailing the production and installation of 265 wind turbines.