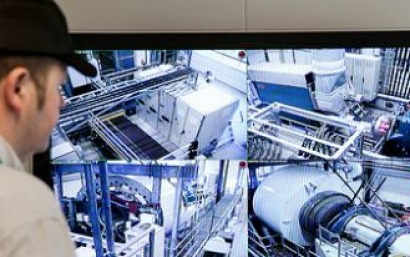 In Aalborg, seven blade test stands are capable to perform full scale tests of rotor blades, including the world’s largest blade in operation with a length of 75 meters. In combination, the two facilities form the world’s largest R&D test center for wind turbine technology.

“Our investments in testing today will result in savings for our customers tomorrow,” said Felix Ferlemann, CEO of the Siemens Wind Power Division in Siemens Energy.

“With our extensive tests of all major components of a wind turbine we can significantly reduce the risk of technical issues in the field. Our continued commitment to R&D and testing enables us to deliver wind turbines that are both the most innovative and the most reliable at the same time,” he added.

The two test centers in Denmark feature indoor testing facilities of more than 27,000 square meters. The nacelle test stands in Brande are among the most advanced in the industry. They are capable of testing Siemens’ D6 direct drive platform, the company’s largest current wind turbines with a six megawatt rated capacity, and are prepared to test even larger turbines.

The seven blade test stands in Aalborg and three blade tests stands in Brande together form the largest blade test facility in the world both in size and in scope. The Aalborg facilities are able not only to fully test Siemens’ 75-meter long B75 blade, the largest wind turbine blade in operation, but also even larger blades. Wind turbine blades are now bigger than any other composite structure in the world. For example, the wing of an Airbus 380 is less than half as long as the B75 blade.

In its new test facilities, Siemens can perform Highly Accelerated Lifetime Tests (HALT) on all major components of its direct drive and geared wind turbine platforms. In HALT testing programs, which can last to up to six months, Siemens exposes prototypes to much higher loads than they would normally experience over the course their full life-time in the field.

“In HALT tests, we compress the biggest loads over a short time, as they affect the turbine the most,” Ferlemann said.

During the HALT test of blades, for example, full-scale prototypes are oscillated at larger deflections than they would ever experience on site for 2 million cycles vertically and then for another 2 million cycles horizontally.

“Innovation requires validation to be employed successfully,” Ferlemann said. “Siemens is the company with the greatest experience in testing and making field measurements in the wind industry.”