Friday, 05 September 2014
0
Robin Whitlock
The UK has emerged as a market leader in global offshore wind in 2013 according to a new report by GlobalData. 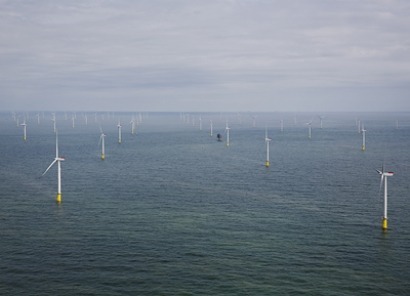 Aggressive renewable targets, policy support from government and a shift towards a greener climate has helped the UK to move to the head of the global offshore wind power market in 2013 according to research and consulting firm GlobalData.

The company’s latest report states that the UK’s cumulative offshore wind power installed capacity increased from just over 0.3 gigawatts (GW) in 2006 to 3.7 GW in 2013 at an impressive Compound Annual Growth Rate (CAGR) of 42.9%. Installations are expected to increase from 3.7GW to 11GW by 2020, at a CAGR of 16.9%, thereby preserving the UK’s leading position by the end of the forecast period and boasting a 36.4 percent share of the global cumulative offshore installed capacity.

“The UK’s growing concerns over climate change and the security of its energy system will provide sufficient impetus for the country’s offshore wind industry to continue its growth trajectory” said Swati Singh, GlobalData’s Analyst covering the power sector. “The last decade has seen offshore wind progress from an immature to a proven technology, which is expected to contribute significantly to the achievement of the UK’s renewable targets.”

Offshore wind currently contributes around 3 percent of the UK’s total energy generation and the government has set an ultimate target for 15 percent by 2020. GlobalData therefore expects to see more investment into the industry to help achieve this goal.

“Overall project costs have risen as a result of increasing water depths, distance from the shore and average turbine size” added Singh. “With a number of UK installations anticipated between 2016 and 2020, annual investment in the market will jump from $3.3 billion in 2013 to $7.53 billion by 2020.”

Siemens was the dominant global offshore wind turbine installer according to the report, having accounted for almost 56.5 percent of the world’s cumulative installed capacity that year. The company maintained its market-leading position in the UK in the same year, achieving 100 percent of the country’s new offshore installations and claiming a massive 73.3 percent share of its cumulative installed capacity.