Tuesday, 26 April 2022
0
Robin Whitlock
The UK Government has announced its intention to take an important step towards establishing a future generation of offshore connection hubs through the combination of offshore wind and electricity interconnectors, helping to reduce barriers to offshore wind development, bring down costs and minimise impacts on local communities. 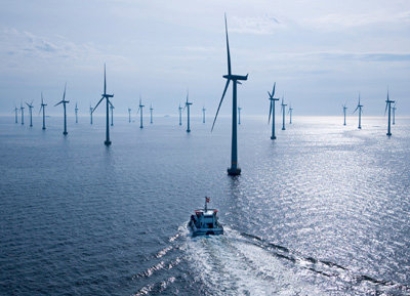 The current approach to designing and building offshore transmission was developed when offshore wind was a nascent sector. It was designed to de-risk the delivery of offshore wind by leaving the project developers in control of building the associated transmission assets to bring the energy onshore. Each project had a separate cable route and associated onshore infrastructure, which has caused some local concern.

However, the government now feels that with an increased ambition to generate 50 GW of offshore wind by 2030, constructing individual point to point connections for each offshore wind farm may not provide the most efficient approach, and could become a major barrier to delivery given the considerable environmental and local impacts.  The government has therefore decided to review the framework in the context of its increased ambition.

Published on 25 April as part of an official Government response, the Government has announced its intention to strengthen legal and regulatory clarity over the licensing of future Multi-Purpose Interconnectors (MPI). This will enable a clearer road map to integrating renewable wind energy onto the grid and potentially enable Britain to export excess cheap wind energy to neighbouring countries.

“We recognise that there is currently a growing impact on the coastal communities which host offshore wind infrastructure” said Energy Minister Greg Hands. “As we power up our plans to become more independent, with growing supply of clean energy, we need to minimise local impacts. With the potential for huge savings, multi-purpose interconnectors could ease offshore wind development, by establishing a future generation of offshore connection hubs. I look forward to working with independent regulator Ofgem, as we explore allowing clusters of offshore wind farms to connect all in one, and directly into electricity interconnectors which could also enable Britain to sell excess clean energy to other countries.”

Recent studies have shown that an increase in interconnector capacity upwards of 18 gigawatts is needed to help the UK Government meet its ambitious target of 50 gigawatts of offshore wind generation by 2030 and increase GB’s security of supply.

The Offshore Transmission Network Review (OTNR) was established to address the barriers for increasing UK offshore capacity and integration into the grid, as well as to consider how best to facilitate MPIs, which offer benefits by combining market-to-market interconnection and offshore transmission.

As part of this, the Government has published its response to the Multi-Purpose Interconnector section of its Offshore Transmission Network Review (OTNR) ‘Enduring Regime and MPI’ consultation which launched in September 2021. A separate Government response addressing the Enduring Regime section of the consultation, will be published later this year.

Projects combining interconnectors and offshore wind will help reduce the amount of electricity works onshore, meaning that any impact on coastal communities is kept to a minimum; total costs could also potentially be reduced by approximately 5 – 10 percent compared to conventional interconnector projects.

Findings from National Grid Electricity System Operator indicate that adopting an integrated approach to offshore development by 2025 – including the use of multi-purpose interconnectors – could reduce lifetime transmission costs by around £3 billion.

Multi-purpose interconnectors will also enable the export of the cheap wind energy to neighbouring countries, reducing renewable curtailment and facilitating less reliance on gas, contributing to the Government target of achieving 40 gigawatts of offshore wind by 2030.

BEIS will continue to work with Ofgem to develop the legal and regulatory frameworks necessary for the timely deployment of multi-purpose interconnectors.

There are currently no operational GB MPI projects, although Ofgem are launching an investment window for an MPI pilot project in mid-2022 with the prospect of the first MPI project being operational in the latter part of this decade.