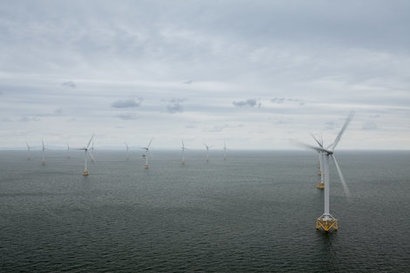 The Kentish Flats Extension will be the only UK offshore wind farm to be built in 2015 and is expected to cost more than £150 million to build. Construction began late on Saturday 2nd March with the piling of foundations for the 15-turbine scheme, located 8 kilometres off the coast of Kent. All the wind turbines for the 49.5 MW extension will be deployed this summer with the first power generation expected later in the year.

“We’re proud to be carrying the UK offshore wind flag this year as the only developer building offshore” said Piers Guy, Vattenfall’s UK Country Manager. “It is important the UK pipeline keeps delivering – and Kentish Flats Extension does that in a modest way - so that British suppliers can maintain a foothold in the sector and help capture the significant economic opportunities that go with it.”

Gunnar Groebler, head of Vattenfall’s Business Area Wind, added that the company is committed to growing its offshore wind capacity in Europe’s northern seas and that Dan Tysk is now fully operational. He also confirmed that another German scheme will get going soon and more will follow, including the Danish Horns Rev 3, adding to Denmark’s healthy wind energy pipeline.

When operational, Kentish Flats Extension will be capable of generating enough power in an average year to meet the equivalent annual electricity demand of 35,000 UK households.