Vestas, "accused of fraud" in Italy

Tuesday, 08 March 2011
0
According to several news publications in Italy citing, in most cases, either Bloomberg or the Danish newspaper, Borse, the Danish wind turbine manufacturer is once again undergoing an investigation for fraud, this time by the Italian authorities. Speaking exclusively to Renewable Energy Magazine, the Spanish division of the Danish multinational has said that in Italy, Vestas “has always followed legal, fiscal, administrative and labour procedures and practices to comply with Italian legislation". 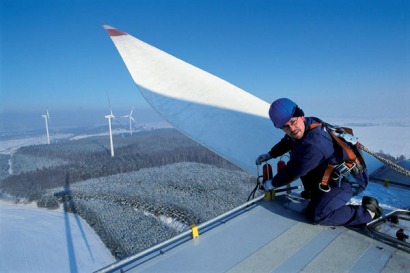 According to the aforementioned sources, the alleged fraud amount to the equivalent of €45 million and is related to the management of export components. The Head of Investor Relations at Vestas, Peter Kruse, says however that there has been a "misunderstanding" (Bloomberg reports.) Kruse has insisted that Vestas has not done anything illegal, "We believe we have followed the rules and regulations," he said. Meanwhile, the Spanish subsidiary of the Danish company explained in a written statement to Renewable Energy Magazine that "Vestas has been operating in Italy since the 90's. Today, we employ about seven hundred people in the country. On the advice of our consultants and experts on Italian law, Vestas Italy has always followed legal, fiscal, administrative and labour procedures and practices to comply with Italian legislation the whole time we have been operating in Italy".

The Spanish subsidiary added that "Vestas has used tax warehousing approved by the competent Italian authorities”. It also insists that "this model is also used by many other national and international companies operating in Italy." The company also said that "following the procedures established by law, Vestas Italy is cooperating with the pertinent local authorities to ensure full transparency of all our practices and activities in Italy and to provide evidence of proper management of all our transactions".

In 2009, Vestas detected and investigated fraud among its own staff in Spain. The management of the Danish multinational then explained that those involved were individuals "in leadership positions", and the company filed a complaint with the Spanish authorities. "The case is still in the hands of the relevant judicial authorities and is being processed in accordance with the timeframe established by the administration," Vestas told Renewable Energy Magazine: "we do not currently have any further information we can provide".