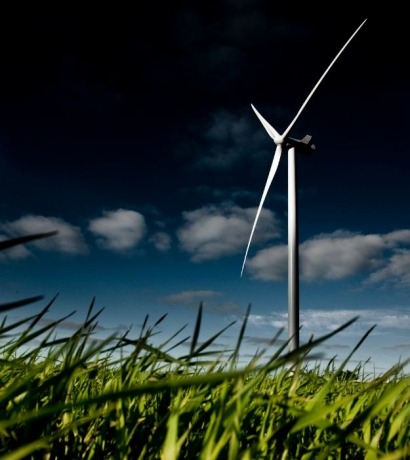 Vestas global head of communications and marketing, Morten Albæk, has also been selected to co-chair of the organisation which also includes giant corporations such as Nike, GE, SAP and Pepsi among its membership. Vestas was selected because of its commitment to establishing innovative and sustainable marketing initiatives exemplified by the company’s creation of WindMade, the world’s first wind energy consumer label. Morten Albæk has pioneered the WindMade concept as part of Vestas’ Energy Transparency initiative.

As part of the WindMade energy transparency initiative, Vestas has brought together a wide range of impactful consortiums, including the UN Global Compact, WWF, Bloomberg, PwC and LEGO to support the project. Additionally, an independent non-profit organisation has been formed to develop the WindMade label and operate it.

“As a company we are honored and as a marketing executive I am thrilled to have been selected to join the NEXT 50 think tank alongside some of the world’s most innovative and influential brands” Albæk said. “At the same time, we are glad to see how the initiative is deeply rooted in the understanding that companies must adopt greater transparency and are held accountable for their actions. This understanding and world-view is very much in line with Vestas’ approach to marketing, because this is critical to how any brand or business now plays its proper role in society.”

“The marketing industry is undergoing dramatic transformation brought about by technology,globalisation, and a new economic re-setting” she said. “The NEXT 50 are marketing leaders who are helping to shape the industry’s future. They embrace today’s fast-paced challenges, think differently, experiment, seek innovative ideas, and generate strong results. We see Vestas as a key player in the re-invention of marketing as we know it because of the company’s strong belief in furthering marketing standards and their devotion to putting energy transparency on the corporate agenda.”

Vestas Energy Transparency campaign was created to bring a novel perspective on the interface between the corporate world and climate change. It rests on the premise that the private sector is very much part of the solution to climate change rather than necessarily always being seen as the problem. The Energy Transparency campaign therefore reaches out to consumers, corporations and other relevant stakeholders in order to encourage urgent and much needed action on climate change. A range of major global companies including Motorola, Bloomberg, Deutsche Bank, Method, Widex and BD (Becton Dickinson) have already adopted the WindMade label to demonstrate their commitment to using renewable energy in their operations.

Tags: Wind , Climate change , Renewable energy
Add a comment
Jay Lee
I am excited and proud to announce that WindMade is now a real organization, issuing real labels, to real members. It is the first global consumer label for brands and products made with wind energy. It took a great deal of work and creativity to reach this point, and we could not have pulled it off without the tremendous support from several partners. Last year, we gathered an impressive group of founding partners to create an independent non-profit organization for this historic initiative. Each founder represents an important stakeholder group and ensures that WindMade takes a comprehensive approach.
biomass