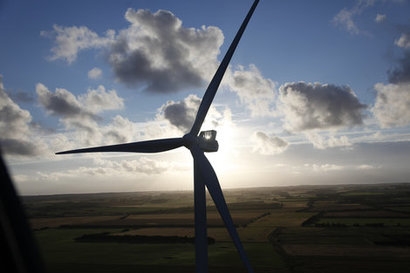 The project will comprise ten V117-3.3 MW turbines, which will be installed on a former coal surface mining area, making the project an example of the German energy market's rapid transformation from fossils to renewables. The project builds on Vestas’ extensive experience from previous projects in the Klettwitz region. Vestas’ first wind turbines in the region were commissioned in 1999, and in 2014 the first repowering activities began, which at the time was one of the largest repowering projects in Germany.

“The Klettwitz III B.A. 2.2 is an extension of the existing Klettwitz park and will make a significant contribution to the German energy transition” said Ivo Grünhagen, CEO of enercity Erneuerbare GmbH. “When fully commissioned, it will produce around 95.000 MWh/y, which is enough to provide energy for around 30.000 households”.

Jens Kück, Sales Director at Vestas Northern & Central Europe, added that the company’s extensive local experience and project expertise has been key in winning the order. Located on a former coal surface mining area, the wind park is a good example of how a former coal region can make the transition to taking a leading role for the expansion of renewable energy.

The contract includes supply, installation and commissioning of the wind turbines, as well as a 15-year Active Output Management 4000 (AOM 4000) service agreement. The project will feature VestasOnline Business SCADA solution to lower turbine downtime and optimise the energy output. Deliveries are scheduled for late 2019 and early 2020.