Tuesday, 31 May 2011
0
Dan McCue
Vestas continues to dominate the global wind turbine market, while 10 companies – many of them Asian -- account for 80 percent of the total market, according to a new report from GBI Research. 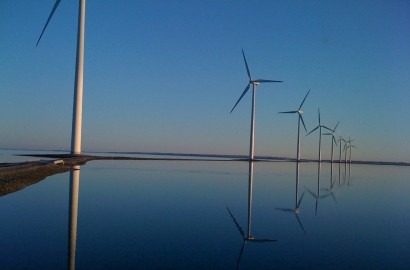 According to “Top 10 Wind Turbine Manufacturing Companies – Growth Strategies, Comparative Analysis, SWOT Analysis and Financial Analysis,” Denmark-based Vestas controlled about 12.8 percent of the market share in wind turbines in 2009, based on an installed capacity of4,921.3 MW.

GE Energy ranked number two, controlled about 12 percent of the market share in the sector with 4,606.6 MW of installed capacity.

Sinovel Wind, came in at nine percent of the market, with scores of other companies making up the remaining 66 percent, including Acciona, Mitsubishi, Guodian, Guangdong and Clipper Windpower.

“The increased competition from emerging players in China and other countries started contributing in the global turbine market share and the market share of Vestas has decreased considerably in the past few years,” the report says.

However, it says, Vestas remains “one of the strongest vertically integrated wind turbine manufacturers.”

The report goes on to describe the rapid development of the wind energy sector in Asian economies such as China and India, which have welcomed significant investment from wind energy companies in recent years and continue to do so.

China continues to be one of the leading and fastest growing wind turbine markets in the world, its annual installed capacity having reached 13.800 MW in 2009.

The development of the Chinese wind market has not only helped domestic players, but has also helped international players expand into new a new territory. As a result, GBI Research has found, homegrown Chinese companies such as Sinovel, Dongfang and Goldwind face stiff competition from such international players as GE Energy, Vestas and Suzlon, all of whom have started operations in China.

The Indian market is also expected to grow at a fast pace, with the country striving to increase the share of renewables in its energy mix. Already, the development of wind energy in the country has encouraged companies like Vestas and Enercon to become part of the Indian wind turbine market.

At present, the wind turbine market comprises various kinds of generators in the capacity range of 0.3 MW to 3 MW. The demand for higher capacity turbine generators for power generation has led to an increase in R&D expenditures by companies in the sector.

The report notes that Repower has developed a prototype for a 7 MW turbine, while GE Energy has started to develop a 3.6 MW wind turbine generator.