Friday, 01 April 2011
0
The Spanish Wind Energy Association (AEE) has reported that wind energy was the technology that generated more electricity in Spain in March and covered 21% of demand. It is the first time in history that wind is the leading technology in the system for a full month. 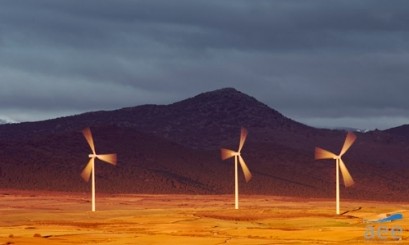 Spanish wind energy has set two new records in March: it was the month in which it produced more electricity in its history and, for the first time, it was the technology that generated more power in Spain with a total production of 4,738 GWh, according to data from transport system operator Red Eléctrica de España. It was followed by nuclear energy, combined cycles and hydro. Wind power covered 21% of the electricity demand. March´s wind power generation could cover the whole monthly consumption of Portugal.

“This historic milestone reached by wind energy shows that this technology is not only indigenous, clean and competitive, but also capable of supplying already 13 Million average Spanish households" said José Donoso, AEE President.

“Wind energy slows down the need for more expensive technologies that use fossil fuels. This, added to the high water resource in 2010, motivated that electricity prices in the Spanish market were among the cheapest in Europe last year,” says AEE. This was the main reason why Spain exported electricity to France in 2010 for the first time in an annual period. The average annual cost of the Spanish electricity market in 2010 was 38 €/MWh, compared to the 47.5 €/MWh in France.

In fact, a report from the International Energy Agency shows that Spain is the fourth largest net exporter (it exported more than it imported) of the European Union, after France, Germany and Czech Republic. In total, Spain exported electricity worth of 8.3 TWh in 2010. Last year, there were only six European countries that exported electricity.

Wind energy closed 2010 with an installed capacity of 20,676 MW, in line with the objectives of the Renewable Energies Plan 2005-10. For wind energy to continue its development and Spain to meet the 2020 European targets, the Government needs to establish as soon as possible the new regulatory framework which will replace the Royal Decree 661/2007 that expires at the end of 2012. The installation of wind farms requires long maturing periods (six to eight years), so companies need to know now the conditions under which the sector can be developed from 2013.