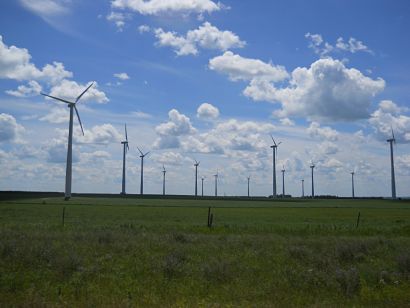 According to the report, entitled “In the line of fire”, the unwillingness of many companies in the wind industry to share data about turbine fire incidents is leading to an industry-wide information deficit on fire reporting, resulting in inefficient risk mitigation and damage prevention strategies. The lack of transparency around fire incidents has ultimately held the industry back from setting up a baseline to continuously improve best practice.

The wind industry has rapidly grown not only in the US, but on a global scale, both in terms of total number of turbines installed and the size and scale of these turbines. As such, if the industry is to continue its rapid rate of growth, it must be proactive in demonstrating adherence to health and safety best practice or face opposition from stakeholders and regulators in the years to come.

However, much of the latest available data is on average five years old. That means many owners and operators in the industry are working off data which does not account for new and evolving risks.

With the fires still roaring in California, climate change is top of mind. High temperatures and more frequent droughts across the West Coast of the US have created the perfect conditions for sparking fires. Operators are exposed to additional risk if the turbines on their site spark an environmental disaster in a much wider area.

In addition to a changing climate, as the industry continues to grow rapidly there has been a gap between MW installed and the number of skilled technicians to maintain these assets. There are now more than 60,000 turbines totalling 109.9 GW spinning in the US, but only around 7,000 technicians in the US to manage that fleet. Additionally, as costs are driven down, this could create a “race to the bottom” of service quality.

Overall around 7 percent of the current wind fleet is now over 15 years old. That figure is around 28 percent in Europe due to the maturity of the sector. If these turbines have not been maintained well, faults in turbine components are more likely to spark fires.

Fires may interact with new turbine materials in potentially hazardous ways. For example, fibreglass blade dust is more explosive than normal dust, while proposed designs for wooden turbine towers may result in faster spread of fire to the wider environment.

Offshore wind turbines have reached record heights and as such, they pose a different set of risks from those in onshore wind. Given these turbines are sited many miles from dry land, an emergency response team may struggle to reach the site before a fire spreads throughout the whole turbine. Total destruction of an offshore turbine could put owners and insurers billions of dollars out-of-pocket.

Operators can take a number of different steps to reduce fire risk, from working with skilled technicians to taking a proactive approach to installing fire suppression systems when fires do break out. However, these decisions are made in the dark, as a lack of rigorous data makes it difficult for wind farm owners and operators to decide what level of fire protection is needed in order to prevent significant financial and reputational losses.

According to the report, the lack of transparency has also made it impossible for the industry to combat distrust around its safety record. This leaves the industry open to attack, as one-off fire incidents can be interpreted as just the tip of the iceberg.

“The wind industry has made great strides toward safer operations over the past decade – it’s clear from our interviews with industry experts for the report that finding ways to minimise fire risk is a key concern” said Angela Krcmar, Global Sales Director for Wind, Firetrace. “However, without industry collaboration to collate up-to-date and accessible fire incident data, it’s impossible for best practice to evolve in line with the new scale and design of turbines that have since come to market. As wind power starts to play a more prominent role in supplying global energy, the level of scrutiny from regulators will increase. We cannot allow detractors to set the narrative based on limited data. Transparency around not only fire data, but the steps taken to mitigate and protect against incidents, can help demonstrate to stakeholders and regulators the wind industry’s commitment to safer operations.”

“In the line of fire” (report)