Friday, 06 May 2011
0
Iberdrola Renovables, the world’s leading wind energy company in terms of installed capacity, produced 7,636 million kilowatt hours (kWh) at its worldwide renewables facilities in the first quarter of 2011, an increase of 12.1% on the same period last year. Of this output, 7,415 million kWh were from the company's wind farms operating in 12 countries, 211 million kWh from its Spanish small-scale hydroelectric plants and 9 million kWh from other power generation sources, including biomass. 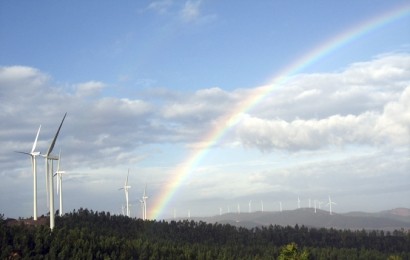 Wind energy continued to form the core of Iberdrola Renovables’ business in the first quarter, accounting for 97.1% of output.

By geographical area, the main boost came in the United States, where the company set an output record of 3.09 billion kWh, a 47.9% increase on the same period a year earlier. The US accounted for more than 40% of total output at Iberdrola Renovables between January and March 2011.

After adding 1,540 MW in the last 12 months, the company now has an installed capacity of 12,834 MW, strengthening its position as world leader in the renewables sector. A key feature is the international nature of the company's assets, with close to 55% of its operating capacity now located outside Spain.

In Spain, Iberdrola Renovables installed 275 MW in the last 12 months, taking its total capacity there to 5,840 MW. During the first quarter, the company completed and started up the largest facility in continental Europe: the El Andévalo wind farm in Huelva, with an installed capacity of 292 MW.

Wind capacity in Spain now stands at 5,447 MW. The company also has 341 MW of small-scale hydroelectric capacity, 50 MW at its solar thermal electric plant in Puertollano (Ciudad Real), and 2 MW at its first forest biomass power plant in Corduente (Guadalajara).