Another unique project underway, here’s how companies can gain the same approval

Thursday, 13 April 2017
0
Al Maiorino
GE Renewable Energy has been granted approval to begin construction for a unique project, set to be built in Red Lake Falls, Minnesota later this year. The project has been referred to as a cohesive solar wind hybrid project that will be the first of its kind in the United States. Leaders of GE Renewable strongly believe that it will open doors for more like it to come. 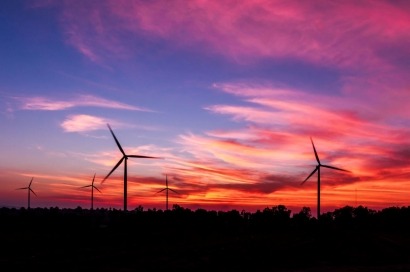 GE Energy has been contracted to supply two 2.3-116 wind turbines from GE Renewable Energy’s Onshore Wind business, along with 1 MW of solar power conversion equipment provided by their current business.  Although the approved 4.6 megawatt (MW) project is relatively small, GE Energy has high expectations in terms of its potential profitability. The company predicts that the global market for Hybrid Solar Wind projects could reach up to $1.47 billion by 2024. The US sector size was already valued at $195 million in 2015, and is anticipated to reach over $300 million by 2024.

How will it work? This project will utilize GE’s Wind Integrated Solar Energy technology platform to merge the solar panels through the wind turbine’s converter so that both wind and solar share all the same balance of plant. GE estimates that the move will make for a 3-4% increase in system net capacity and up to 10% increase in annual energy production.

Overall, there is a great deal of confidence and enthusiasm from executives of both GE Energy and the developer, Juhl Energy, for the exclusive project. GE is one of the many companies driving innovation for more efficient energy production, and this proposal is a prime example through the complementary nature of wind and solar. The two companies appear to be a well-suited pair with a strong plan in place to achieve success. To gain the same sort of project approval as GE did with its unique project, it is important for renewable projects of all varieties to take advantage of various outreach tactics to build public support:

Promoting a Project Using Social Media: Due to the extensive amounts of material consumed on social networking sites daily, it is only logical that these platforms would make for proper outlets for companies to advocate for renewable projects in any industry that may be facing opposition. Facebook’s ads platform allows companies to create affordable ads, that can then target specific demographics relevant to the project. Because Facebook ads will automatically appear in users’ newsfeeds, they tend to be quite influential. They can also be optimized for different objectives such as awareness or driving engagement. With the later, companies can choose to pay only for the likes obtained to expend resources wisely. The Twitter ads platform is similar to Facebook in that it allows companies to create ads and target desired demographics to build a trusted following. While it may not be a company’s first inclination to build a social media page specific to a project, it certainly is a cost-effective way to introduce an innovative proposal and identify supportive community members. Video ads and content are easily consumed and shared to help spread the word.

Maintaining a Project Specific Webpage: As it is considerably the most important task when trying to gain project approval, and move forward with construction, creating an informative and well maintained webpage could in fact make or break the deal. A website devoted to the project provides companies with a vehicle to offer facts, clarify any fallacies, or simply answer any questions that spectators may have regarding the proposed project. Ultimately, a project specific webpage sort of characterizes the project, and makes for a great place for all individuals to become acclimated.

What should be included? To achieve the upmost success from creating a project specific webpage, there a few things that must be comprised. Firstly, include a section that allows residents to sign up as supporters for the proposed project, in addition to a place where they can promptly get involved. Also, a form letter that residents can virtually sign onto by filling out their contact information, can make an outstanding impact on the overall outcome. These letters are then automatically emailed to public officials for a consistent flow of support throughout the campaign. This feature has truly made for a much simpler way for individuals to voice their support, ultimately making for a much more successful campaign.

Web Ads: Though gaining support for a potential project can be tough, web ads have shown to be enormously helpful in doing so. They work by allowing companies to geo-locate target audiences and creating ads that will only reach potential voters. Rather than focusing on page likes and engagement, like advertising with social media, web ads focus on click through rates. Generally, they are linked to the company’s project specific webpage.

It is true that with nearly any renewable project proposal comes public opposition- supporting the concept that proper campaigning is tremendously valuable in gaining approval. Making it known to pubic officials that there is an enormous amount of support backing a proposed project is the first step. By doing so, there will be no question as to whether support for renewable projects exists within a community, much like the support that GE Energy received regarding the solar wind hybrid project that will be operative in Red Lake Falls later this year.