Beware of Opposition to Green Hydrogen 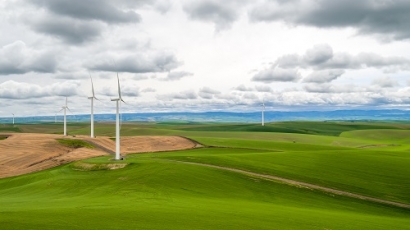 Enak Ferlemann, the state secretary of the German Federal Ministry of Transport, has even stated that building artificial islands where the electricity is generated could be converted to hydrogen, and then ships could use this hydrogen to refuel or even bring it ashore.

Germany has also joined with Netherlands to sign a joint declaration to increase cooperation on energy transition such as green hydrogen.   So what could possibly go wrong?   For one, public opposition can come from fossil fuel groups that commonly fund anti-renewable efforts.  However, look for opposition from residents who do not have a grasp of what "green hydrogen" is.  To counter expected opposition, green hydro companies should be ready to do battle with the right tactics to promote their projects, such as:

What is Green Hydrogen?

For all the public relations tactics, foremost will be the education of the media and public on "what is green hydro and how does it work?" Putting out a video on a project website, along with actual visual demonstrations of the process is critical.

Effective use of digital is an important tactic to build grassroots support amongst members of the community and public officials. The most important piece to any digital campaign is to prepare an effective website that regularly updates residents, dispels new myths and disseminates the latest information. To get your project’s message across effectively, website content should be clear and well-organized. This website should also link resources to educate viewers from third party sources and provide downloadable petitions, fact sheets, advocacy guides, infographics and more. Encourage people to sign up in support of the project to gather a supporter database.

Facebook has been putting a significant emphasis on video content. Around 500 million people watch Facebook videos daily.  There are 27 million Facebook users in Germany.   Producing a one-minute video to allow your audience to obtain key ideas about your project or ways to get involved can be extremely effective in increasing your presence on social media and building support amongst members of the community and public officials. Twitter and Instagram are also great social media network platforms to share content.