How to Avoid the "We Support Renewables, Just Not Here" Argument

Monday, 01 April 2019
0
Al Maiorino
I have been to numerous public meetings and hearings that see a parade of residents arriving at the microphone stating "don't get me wrong, we support renewables, just not here". Well if not "here", then where? 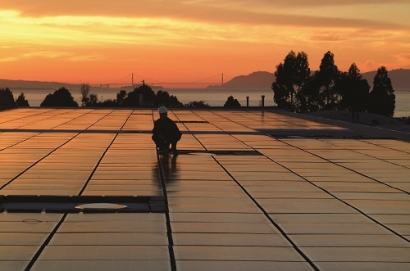 That all depends on who you speak to and what type of renewable energy is being proposed. For wind farms, as long as residents can't see them, there’s no problem. It is the same with offshore wind.  And as for solar, the buffer better be large, no visuals needed please. While some of the aesthetic concerns are legitimate, these issues are often raised by residents who live thousands of feet, or even miles away from the proposed renewable energy project.

Siting wind and solar projects can be challenging enough with the maze of entitlements these projects face. They are also challenging from a cost perspective. Adding unreasonably large buffers of acreage to a solar project can make or break it financially. And just try moving wind turbines around to make the most people happy - not so easy or cost effective.  Wind farms and solar arrays are placed strategically based on many factors including connection to the grid, where the wind blows, and where the sun shines.

Building public and political support for these renewable proposals often hinges on the willingness of the development company to make changes to its plans to ease resident's concerns.  Part of this strategy needs to include an education campaign as to why certain "asks" from residents cannot be granted, because it will make the project non-viable.  Some ideas to consider:

Solar - talk to all neighbors, even if you have to go door to door to every home. Work on buffering, explain the restrictions and costs, and turn neighbors into positive supporters.  A neighbor who supports a solar project carries a great deal of weight.

Wind - Satisfying everyone on turbine visuals is rare. However, with modern technology, the goal for wind farms is to create the least impact on the most people. Create databases of all "visually affected" residents for your project and speak with them at open houses, meetings and door to door efforts.

Also, keep to your overall project promotion plans.  We have outlined these before and it is worth repeating.

Create a website for your project to disseminate information easily.  Link a project facebook, twitter or even instagram page to it. You can advertise inexpensively on these digital platforms to spread the facts on your renewable energy project. Launching social media in a timely manner allows you the chance to control the promoted message rather than being forced to react when opposition arises.

To explain renewable energy to skeptical residents may take a public education campaign, and no better place to start this than with a community forum, open house or charette. Showcase your proposal. Have samples of solar panels or pieces of turbines, and detail how solar farms or wind farms work. Invite key stakeholders and residents, along with elected officials. It is a great way for one-on-one communication with residents and those who live nearby who may feel they are more impacted.

Keep track of supporters, opponents, undecided and unreached residents. Having a database is critical for any development project. Reaching out to residents prior to key meetings and public hearings will be made easier with such a database.

Remember, the more neighbors to these projects you can speak to and resolve issues with, the higher chance of success overall.