Making a Win on the Ballot Work for New Renewable Projects

Monday, 02 July 2018
0
Al Maiorino
In Nevada, 230,000 people – more than 100,000 greater than the number required – signed a petition to put on the November ballot a measure to require the state to gather 50 percent of its energy from renewable resources by 2050. One project that could help achieve this goal is a wind farm being proposed by Crescent Peak Renewables in Nevada. 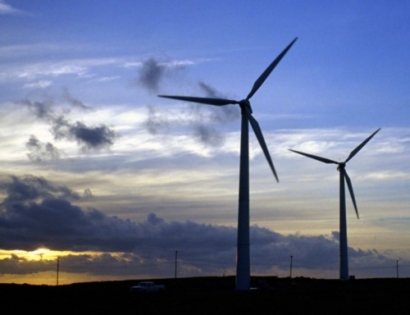 The company wants to build 220 wind turbines on 32,000 acres of public land near the California-Nevada border. Despite the widespread support for renewables that put this new target on the ballot, many local Nevadans are skeptical about the proposed site because of concerns over aesthetics, noise pollution or environmental impacts.

These are not unique problems: often the same people who are supportive of renewable energy as a concept are unsupportive of actual projects in practice once they are proposed on a particular site. Therefore, despite the widespread general support for renewables amongst Nevadans who put this question on the ballot, pinpointing local communities near any proposed building site is vital for a renewable project, as well as the new target if it passes, to succeed.

Getting supporters of a project involved is of the utmost importance to the success of development projects. Public hearings hosted by government agencies need a large presence by supporters in order to show elected officials that the community is behind the development.

First and foremost, a renewable energy company must engage stakeholders who support building the project in the proposed site. Organizations in the area with an interest in the project can help build support by reaching out to their contacts. Examples of these organizations are former elected officials, chambers of commerce, business groups or neighborhood groups. Stakeholders can help build grassroots support throughout the local community, not only demonstrating to elected officials the level of support that exists, but also adding credibility to the project’s merits.

Digitizing a project by creating a website is a great way to get information right to the target audience in any community. Getting ahead of any rumors that may spread about the project or showing the benefits of building on the proposed site can be done effectively through a website. Additionally, a project website can act as a portal to allow members of the community to send letters of support to elected officials about the project. The easier it is for people to get involved, the more likely they will be to take action. Project websites help them do just that.

Hosting an open house allows the company and community members to have face-to-face conversations about the project. Experts and engineers can answer any questions or concerns that the community members may have to build informed support. This can also provide an opportunity to market any future public hearings and new resources, such as a project website and social media accounts.

A successful social media campaign for a renewable project has many important benefits. Social media makes it much easier for people to express their opinions on a proposed project, and thus, makes it easier for a company to identity people who support the proposal in the community. Facebook and Twitter make it simple to advertise events, such as public hearings, right to supporters of a project. A renewable energy company can advertise to specific demographics and geographic locations through paid ads that appear in newsfeeds on Facebook. Also, the company should put out regular posts that include informative graphics about the project, overall project updates, and background research to not only keep supporters updated but to gain new ones as well. Anyone who likes the page and makes supportive comments can be added to a database for follow-up, to help grow the support base. Finally, the level of interest in social media accounts can be heightened by a catchy hashtag that grabs people’s attention.

Busy advocates would much rather have something explained to them visually than have to read about it. Shareable video content is the 21st century version of lawn signs. Creating a short video explaining the benefits of the proposed project to post on the website and social media accounts will allow people to share it to increase reach and awareness beyond existing followers. Occasionally updating supporters with drone footage of the construction progress is an easy and relatively inexpensive way to keep them engaged through the entire project timeline.

Finally, it is often the case that renewable energy projects are built in rural areas with a low population density. This makes for a great opportunity for direct mailing, which tends to be less cost-effective in more urban and dense regions. Direct mailing gives the ability to select recipients depending on who would be more receptive from a geographic or demographic standpoint.

While states and countries are continuing to pass stronger renewable energy targets, grassroots efforts are still necessary to convince skeptical communities of the benefits of the specific development in a way that expedites the approval process. By activating the full strength of supporters in the community, companies can quickly convince both holdouts in the community and public officials that the renewable project is the right way to go.