Wednesday, 10 February 2021
0
Al Maiorino
In the first weeks of his presidency, the Biden administration signed a series of executive orders prioritizing combating climate change. Within the orders, the administration plans to move the United States to 100% green electricity by 2035, up from 38% presently supplied. The order also calls to end fossil fuel subsidies which will save the federal government billions of dollars per year. With the money saved, the United States can invest in sustainable energy sources. In addition, the United States has rejoined the Paris climate agreement, the largest international effort to conquer global warming. With this executive order, the administration predicts to reach net-zero carbon emissions by 2050. To reach this goal, the current administration in Washington commits to double US offshore wind leases by 2030. 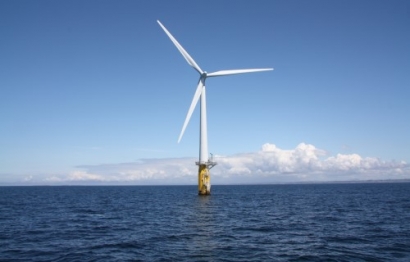 Offshore wind is a renewable source of energy that has various benefits for our environment and economy. It is a major source of clean energy in the United States and has the power potential of generating more than double the United States’ current energy use. In comparison to onshore wind farms, wind turbines in water tend to move faster which generate a significantly larger amount of electricity. The economic impact of offshore wind was also discussed in the administration’s plans. The president stated that transforming the American electric sector to generate clean power will create thousands of job opportunities.

Previously, the offshore wind industry has struggled to obtain permits due to lack of funding from the Bureau of Ocean Energy Management (BOEM). The new orders will review the permit process and evaluate how the US can double its offshore wind output in the coming years. With the money saved from the elimination of fossil fuel subsidies, the United States must lease more federal water. There is currently about 6,880 km2 of federal waters leased, equating to about 21 gigawatts of capacity. If the United States doubled leases for federal waters to 13,760km2   the capacity would increase to 41 gigawatts.

The Department of Interior, which conserves and manages the nation's natural resources, states the US is more than capable of increasing offshore wind which will make a positive impact on the state of our environment. Following President Biden’s executive orders on climate change and renewable energy, it is time to support offshore wind in America in full force.   Below we outline some tactics that can move these large offshore projects to completion and begin to provide renewable energy we all need.

It is important to educate yourself stakeholders and residents on the benefits that clean energy has on our environment, and using social media, websites, advertising and more, promote the project and the benefits.

Engagement with key stakeholders such as fishing industry leaders, elected leaders, and civic organizations is a great way to gain support amongst a communities’ residents. Offshore wind project developers should hold forums, community open houses, digital and in person meetings, and more.

Any large project will require putting the facts out on the table, and letting people respond with questions and comments.  Welcome this move.The more you can educate residents on the need for offshore and renewable energy, the more support you will gain.