Friday, 04 April 2014
0
Al Maiorino
European Union policymakers have put forth an objective that promotes an increase in the use of renewable energy sources to achieve 27 percent renewable generation by 2030. In line with this goal, the EU’s wind industry has grown annually since 1995. 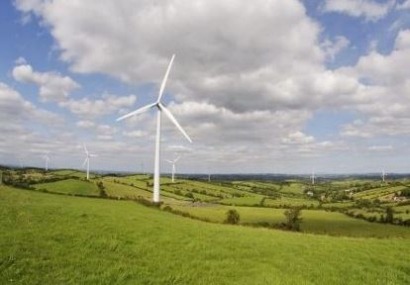 However, despite this proposed benchmark for 2030, the EU has not passed any formal legislation to mandate this renewable energy goal. As a result, the EU’s member countries continue to forfeit a number of viable wind energy development proposals due to public opposition.

Ireland presents one strong example of the potential that exists for the development of wind energy. According to the Sustainable Energy Authority of Ireland, the use of wind energy has already saved the nation over one billion Euros, proving to be a strong and effective energy source for consumers.

Additionally, the Irish Wind Energy Association recently published a report showing that wind energy has the potential to generate 40 percent of Ireland’s electricity by 2020. However, the Irish government continues to face strong opposition from communities in rural Ireland that protest the construction of turbines near their homes.

Due to this local opposition, wind energy companies are being forced to scale down their projects to reduce the risk that their projects get cancelled altogether. As more resources are expended on presenting a scaled-down version of a proposal and navigating through the lengthy entitlement process, time and resources are wasted by opponents’ efforts to push wind proposals out of their community.

Although wind energy provides communities with a myriad of benefits, companies are finding that their projects are frequently met with protests, which cause project delays, due to organized community efforts to sway policymakers and locals against their proposals. Reasons for opposition in many cases consist of negative aesthetic and environmental impacts on the community.

The former stems most frequently from neighbors of the project who quickly form vocal groups that aim to portray the project in a negative light. The later argument ironically can come about from environmental groups that prioritize the airspace of birds and bats over the reduction of climate change causing emissions by transitioning to renewable sources such as wind.

These arguments are often ripe with misinformation and assumptions, and this negative messaging can quickly take hold of an entitlement process, putting proposed wind projects at risk.

To combat this public opposition, it’s important to be proactive with political campaign-style tactics to avoid losing control of the message. When wind companies wait until the opposition has already formed to develop a strategy, it is often too late to turn public opinion back in the company’s favor.  A successful campaign must be prepared to employ a communications strategy that can make the supportive voice the strongest voice as soon as the project is first announced.

It is never too early to start assuring the public of your wind project’s benefits to the community. If companies wait until after the initial announcement to start a campaign, it’s likely that opposition groups will gain a considerable head start on trying to defeat or stall the development process. By meeting with supporters and encouraging their activism, your company will develop a solid base of support that can be mobilized as soon as opposition arises.

Employ coalition-building strategies by reaching out to supporters.

The benefits of active locals vocalizing their own narratives of support cannot be underestimated. Ask your supporters to participate in a letter-writing drive to relevant public officials and to spread the word about the benefits of the wind proposal to their friends and family who live in the area. Oftentimes many citizens are willing to help, but they just need to be asked! Supporters may also be a part of larger community organizations that can also aid this advocacy campaign.

With all the different individuals you will encounter throughout your project’s campaign, it’s crucial that supporters are organized in a detailed database that includes contact information, demographic data, and the various organizations your supporters may be involved in. The opposition will likely lack this level of organization, giving your advocacy campaign an edge over opponents’.

Furthermore, this method will allow wind companies to target specific public officials by district once the database is coded to be able to strategically pool support for immediate mobilization. Tapping into this database for direct mail and telephone identification efforts will provide your project thousands of households in the community to code as supporters, opponents or undecideds.

Social media is a great tool to publicize your campaign because it will allow you to reach a wider range of individuals. Generating discussion on your company’s Facebook page and encouraging supporters to use the ‘Share’ option will give local residents the option of voicing their opinion quickly and publicly.

Update the page often and make sure to let supporters know of any upcoming town meetings or open houses they should attend or speak at. When used strategically, social media is an effective and inexpensive way to ensure that any advocacy campaign reaches many different people. Social media also benefits a campaign if topics start “trending” as news sources can pick up the discussion and publicize the burst of positive commentary on the wind project.

Although the European Union has enjoyed a taste of the successes accompanied by an increase in the utilization of wind energy, fierce opposition will continue to work tirelessly to halt wind proposals in communities.

The EU’s objective to increase reliance on renewable energy sources such as wind power may never be met unless strong action is taken to prevent defeat at the local level as a result of opposition to aesthetic changes to the surrounding land. By employing the aforementioned methods and practicing full transparency in the interest of easing the opposition’s concerns, wind proposals will stand a better chance at successfully achieving project approval.