Solar Energy: The Future of Africa

Tuesday, 05 December 2017
0
Al Maiorino
With less than 50 percent of Africa’s sub-Saharan countries on the grid, many still don’t have universal access to electricity. According to an article by Benjamin Fox, published on Euractive.com, “the average Kenyan ‘off-grid’ household spends over €200 per year on kerosene,” which is an alternative method of generating electricity that is often dangerous, and costly. An investment of €340 billion is needed for 100 percent of the African population to gain access to electricity by 2030. The costs and need for expanded access are causing new demand for off-grid renewables, such as solar energy, in East Africa. 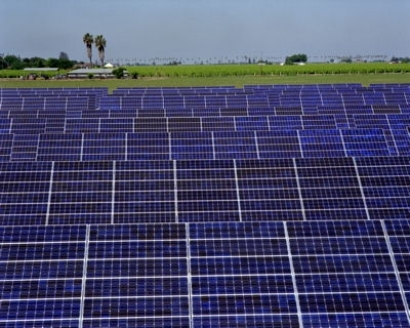 The boost in solar energy in East Africa is improving many lives. Fox writes that since there is an abundance of sun light, “solar technology is improving and mobile money transfer networks allowing people to pay their bills by mobile phone are far more popular and well-established than bank accounts.” Because of these benefits, off-grid renewables are now being recommended to other parts of Africa, including rural Africa. In a conference in Cape Town, South Africa, ministers and government representatives met to discuss the development of renewable energy in Africa, and urged that rural Africa be introduced to on grid and off-grid solutions (Fox). The European Investment Bank (EIB) is currently trying to close two solar projects in Western Kenya, and one EIB representative, Catherine Collin, stated that it is a priority to offer access to electricity for low-income community members. This is another sign of the current growth of solar energy in Eastern Africa.

These investors understand the practicality of solar energy and the positive effects it has on communities such as the ones in East Africa. However, there still are arguments against new solar energy projects proposed across the world, and negative public opinion about certain projects tends to sway decisions on whether new projects get approved or not. The City of Moulton, Alabama for example, is facing public opposition towards a newly proposed solar farm. In November, the Moulton Planning Commission declined the recommendation for a 6.3- acre solar farm, according to The Moulton Advertiser. The article, written by John David Palmer, stated that “the decision was made to allow for more time to study the situation, and also because some of the neighbors said they were not notified in a timely manner, even though commissioners said the meeting was advertised well in advance.” Neighbors worry that their property values could decrease if the site is rezoned from single-family to manufacturing to accommodate the new solar project. This delay could potentially have been prevented with some more planning and an effort to sway public opinion in favor of this project.

Opposition to solar projects often exists, whether the projects are small or large in scale. Getting the message out there is a key factor in swaying public opinion. Utilizing the right methods of communication will ensure that your message for any renewable energy project will be received according to plan.  So, what are the best tools to promote your project, build support and avoid political defeat or stalling of a project?

GET UP TO SPEED- Recently, Twitter changed its policy to allow tweets with a longer character count. This update means renewable companies can now extend their message to the public. Technology and social media are constantly evolving. Therefore, it is important to stay in the loop with any new changes across prominent networks so that the messages can spread as effectively as possible. Reaching out to members of a community through social media channels like Twitter, Facebook and Instagram can make a big difference in a campaign. Questions can be answered and concerns can be addressed in a forum that allows for companies’ positive messaging to spread organically. To further increase reach, paid ads can boost messaging in an extremely cost-effective manner.

GET INVOLVED-  A great way to gain approval for a project by any government, local or regional, is to get involved in politics. Speaking with representatives and educating them on goals and past accomplishments will build a trusting relationship between both parties. At the end of the day, the future of your renewable project is in the decision makers’ hands, and getting involved will increase its support and chances for approval.

GET INFORMED- Being well informed on projects that have not been approved in the past is a good way to make sure a future project is a success. Research is an important part of any campaign because it allows developers to gain insights on the community’s needs and any past concerns, thereby increasing the chances of a project’s approval. Get ahead of the game by getting informed, understanding all the variables and anticipating the results.

Don't let your renewable project succumb to delays, moratoriums and zoning defeat. Developers have many options and a great story to tell. As the world continues to move towards renewable energy, there will be many opportunities for new projects. With the proper public affairs approach, these companies can face challenges presented by the opposition confidently to build support when it is needed most.