Tuesday, 01 December 2015
0
Al Maiorino
In September, I detailed the reasons why building public support for wind proposals in Lancaster County, Nebraska should not be a “Plan B.” Just a few short months later, the County Board has adopted tough noise restrictions on wind turbines, reducing the standard noise limit from 50 to 40 decibels of noise during the day. 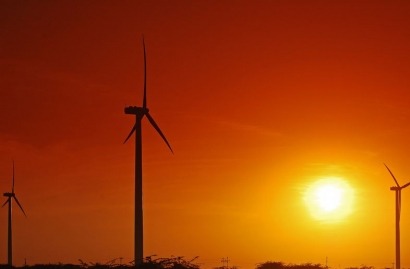 Similarly, in Boone County, Illinois a setback was applied to turbines, which now must be placed 2,640 feet from a property line. While these noise limits and setbacks are not outright defeats of any specific proposal during its own individual approval process, companies should be cautious of the manner in which these as tools can derail existing and future proposals.

Despite Nebraska’s wealth of opportunity for expansion of the industry, the state still ranks 20th in development of new wind energy projects, according to news reports.  This status is unlikely to gain a boost from approval of any proposals in Lancaster County with the new noise limits.

A representative of Volkswind USA Inc. commented on the restriction, noting his disappointment in the unnecessary prerequisite to the protection of health and safety that now has the company trying to salvage its proposal by relocating to a site in another county. However, given the possible precedent the limits create, local wind advocates fear these limits could spread to other counties as well.

Similarly, residents of Boone County face uncertainty about the fate of Mainstream Renewables’ proposal to bring clean energy and tax revenue to the area, given the new setbacks established county-wide. While companies in this county can still work with property owners to generate waivers for siting reduced to 1,500 feet from a property line, the County Board’s action could have profound impacts on the viability of proposed and future projects there.

By building public support for individual proposals early in the process, companies will have an advocacy group to mobilize when crippling setbacks or noise limits are proposed in the communities they seek to enter. It takes identification of the often silent but supportive majority to build relationships and connect various strengths of advocates to develop a powerful, well-educated advocacy group. However, once supporters of a proposal become aware of any efforts to halt it with regulation, they can write letters and attend hearings to advocate for fair requirements.

By stopping unfair regulation before it starts, companies can ensure timely approval of their wind proposals without risking the loss of valuable time and resources. To achieve success, companies should consider the following rules:

#1) Identify Immediately: While there are many ways to identify supporters, the digital age allows this to be conducted faster than ever. Create a portal for advocates to sign up online to help build an email list for cost-effective calls to action.

#2) Record Data: Know who you have spoken to and who has yet to be reached. A database with residents’ names, addresses, phone numbers, political district and various demographics should be in a company’s possession from the start. Code all supporters, opponents and undecided as they are identified and set messaging to each group in mail or telephone outreach accordingly.

#3) Get Social: Social media is essential both for paid advertising and organic reach. Shareable content broadens the supportive audience and links them to engage directly with material on a project website. The goal should be engagement; not just increasing likes or followers. Create fill in the blank posts to urge a reply from the audience.

#4) Ask Supporters to Help: Too often, proposals fail because companies do not take the time to find supportive residents and ask them to show support. Invite supporters identified at open houses, through contact forms online, or on social media to gather for small group meetings to being the advocacy efforts

#5) Generate a Buzz: Asking supporters to help means equipping them with the tools they need to write letters of support to officials, generate letters to the editor, comment to the media and operate separate social media accounts in support of wind or the proposal itself.

#6) Take a Multilateral Approach: Engage key stakeholders (supportive environmental groups, community organizations, taxpayer groups, community influentials) to encourage them to take a stand in support. Third-party validation reverses the top down communication from the company by adding stakeholders’ special insight or stake in the game.

#7) Take a Page from Politics: Operate the outreach strategy like a political style campaign. Target mail or phone calls to specific legislative districts as needed, and stay ahead of opponents’ messaging. All land use is local, and as a result, elected officials might often just need political cover in the form of a few dozen letters or speakers in support to allow approval.

Al Maiorino is a NIMBY expert, writer, and public affairs consultant who has made Public Strategy Group, Inc. a unique firm that goes beyond the traditional public affairs role of many firms.  He has successfully run and won corporate campaigns involving land use difficulties, legislative advocacy issues for large and small companies ranging from Fortune 100 clients to smaller firms, and voter referendum campaigns.

He has authored many articles, and is a regular contributor to numerous trade journals and business periodicals.
Tags: Wind ,Wind turbine
Add a comment
pv